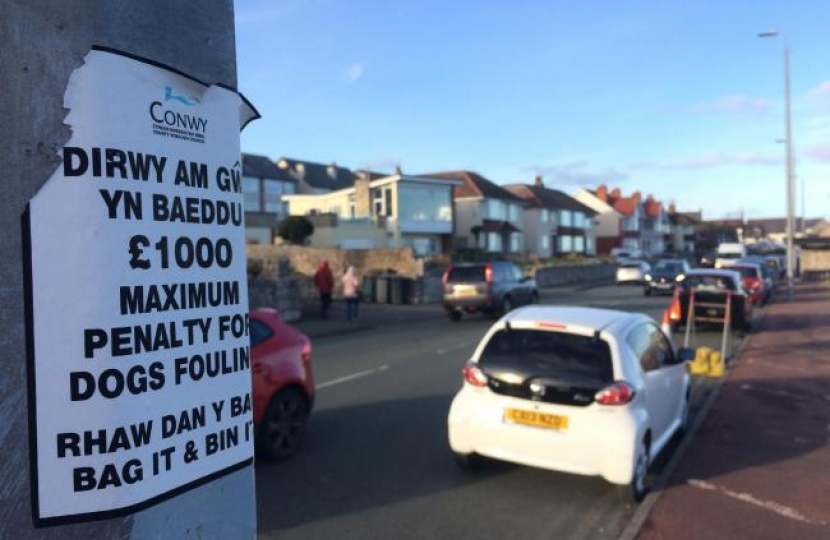 A council should scrap any plans to privatise its litter enforcement and have the service in-house instead an AM has said.

North Wales Am, Janet Finch-Saunders, said plans to replace Kingdom with another private firm risked repeating the mistakes of the past.

Kingdom had been tasked with handing out tickets for littering, dog fouling and walking dogs off leads in proscribed areas.

The firm quit the county last summer after complaints from the public and councillors over the behaviour of its staff.

Councillors have been looking at alternatives to the controversial firm with a new service expected to be in place by the summer.

Some residents were angered by what they said were rude and intimidating staff and councillors felt they were concentrating on hitting easy targets to make money.

But Mrs Finch-Saunders, a former Conwy council cabinet member for the environment, warned that having another private contractor would lead to similar problems.

Instead she called on councillors to bring the service in-house and remove the profit motive from enforcement.

She said: “Whilst I appreciate that councillors have been requested to look at all options around the enforcement of environmental crime, I remain very reluctant to feel any comfort at efforts to secure the services of yet another private enforcement company as a potential option.

“As a result of the previous contractual workings with Kingdom Security, many law abiding residents were targeted.

“However, a robust target driven approach that reaped in hundreds of thousands of pounds for the private company and the council is not the way forward.

“We rely so heavily on our tourism industry and I recall countless individuals including visitors approaching my office on an almost daily basis in a very distressed manner as they had found themselves presented with fixed penalty notices costing £100 and £75 for simply allowing their dogs some exercise on areas where dogs were actually allowed at the time.

“Others came in having been served a notice for allegedly allowing their dog to foul, when this was often not the case when we took up the case on their behalf and challenged the issuing of these fines.

“A suggestion widely mooted was to see the return of an in-house provision  within our local authority or perhaps an extension to the enforcement powers of our parking wardens as they carry out their own enforcement duties in a very fair and pleasant manner and I have never received any complaints about their approach.”

"Options including a new in-house team, letting a different type of contract and the possibility of working with other organisations such as other local authorities are all being explored.”

A new enforcement service is expected to be in place by June.