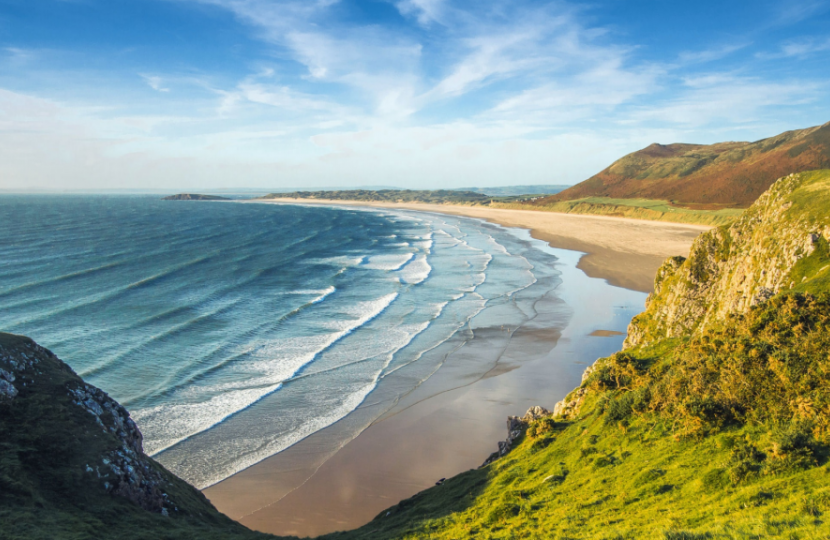 The Shadow Minister for Climate Change is today calling on the Welsh Government to implement marine protected areas with stricter rules. Following the announcement of five new protected marine areas to be set up in English waters, Janet wishes for similar action to take place in Wales but emphasises that restrictions must be tougher.

Commenting on the news, Janet said.

“Nearly a quarter of Britain’s territorial waters are covered by marine protected areas but as conservationists rightly point out there are so few restrictions on fishing and industrial activities such as offshore windfarm cabling it almost makes the designation of these sites as protected, pointless. In 2020, more than 97% of the protected areas around the UK were still subjected to dredging and bottom trawling, this is ridiculous, especially as we’re pushing to broaden both Welsh and UK marine interests.”

“I fully understand the complex nature of conservationism coexisting alongside renewable energy projects. However, it’s vital that a sense of humility and perseverance is shown as we attempt to protect our sea life and give future generations safe, clean energy to use while preserving some of nature’s most beautiful spots. My legislative proposal on Marine planning provided the Welsh Government with a perfect opportunity to set the agenda and there is no reason for them to refuse its implementation. My proposal suggested takin action on the following:

Janet will continue to push the Welsh Government on her legislative proposal and continues to work with local bodies on how best to improve the narrative on making such plans work for all who live and work in local communities such as Conwy.