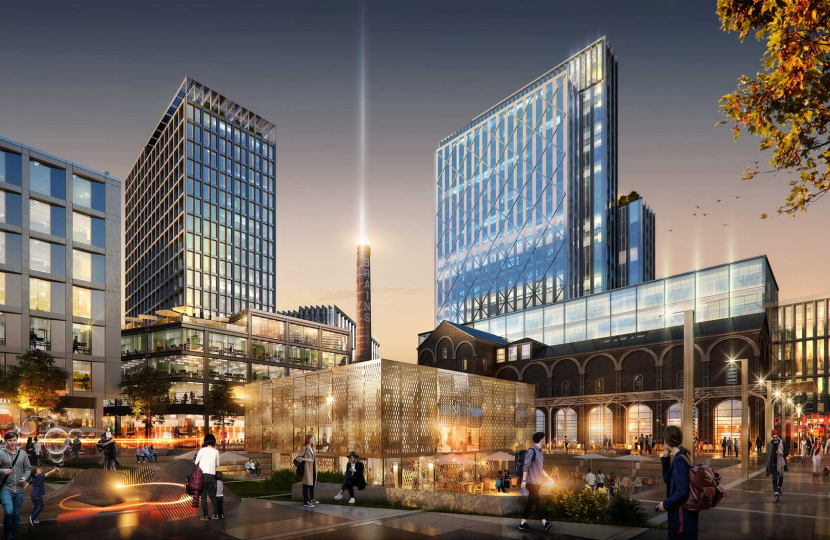 Janet Finch Saunders Aberconwy MS/AS, is today calling for a major overhaul in Welsh Economic Development Policy. Speaking in the Senedd today, the member for Aberconwy highlighted the failure of successive Welsh Governments to enact ambitious plans to generate economic stimuli here in Wales to meet the levels seen elsewhere across the United Kingdom.

During the debate, Janet said;

“Poor stewardship of the economy by Welsh Labour has led to Wales having the highest business rates in the United Kingdom, the lowest weekly wages and the lowest amount of disposable household income in the United Kingdom. Recently, Lloyds bank barometer found that Welsh business confidence fell by 34 points to -5%, making it the only area surveyed with a negative rating."

Janet has emphasised that Wales has the ability to compete against other small nations such as Denmark and Luxembourg who have excelled in the green tech and start up industry. Drawing upon Denmark and Copenhagen as a model.

Janet goes on to say;

“Widely recognised as a leader in the global green economy and with the seventh-lowest Gini coefficient (a measure of economic inequality), Denmark serves as one economic model for which Wales could strive to match and compete with."

“Home to the Medicon-Valley, Copenhagen has attracted big international companies who have used the city as a launch pad into the Nordic, German and Benelux markets. In 2017, 78.8% of all 15-to-64-year-olds in Denmark were active on the labor market, the sixth-highest number among all OECD countries, these should be levels reached here in Wales given the recourses to hand.”

As Shadow Minister for Climate Change, Janet has been keen to highlight through her work that in areas such as north Wales where renewable energy if a fast growing sector, the Welsh Government must progress to recognise this and invest heavily. Furthermore, Janet reiterates the need for Wales to boost the farming sector by delivering an agricultural support schemes that backs active farmers and drives up food production and exports.

Wales is in desperate need of its own tech and green industry valley, where barriers are lowered for big companies, encouraging investment and promoting packages that seek to launch major banking and financial services in the Capital and in North Wales.

Janet goes on to say;

“No matter who they try to blame, there is no excuse for Wales to not be a thriving innovative hub in the United Kingdom

“We have the tools to build a global capital hub and a thriving specialised industry based economy. We need to start inspiring high skilled workers to come here to Wales as well as give our young people to pursue carrier paths that make Wales a competitive and fast paced economy.”