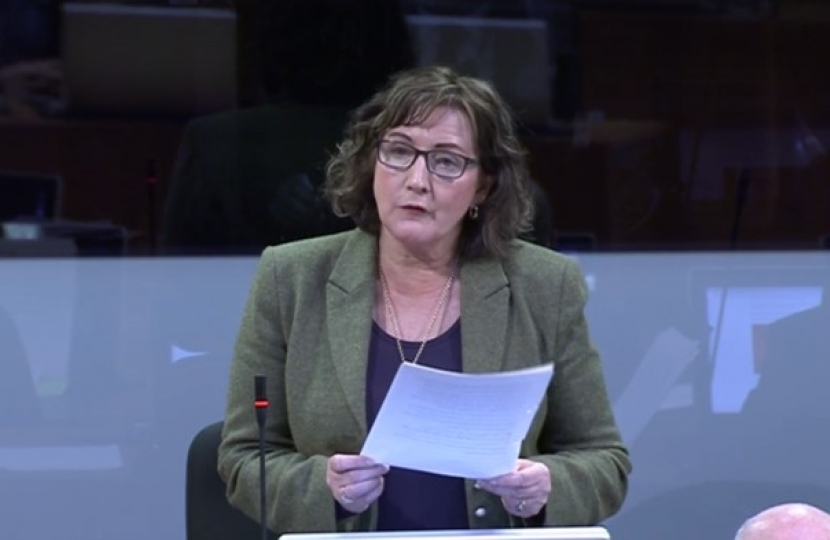 Following the devastation caused by storm Ciara on 9 February 2020, and the announcement of an emergency funding relief scheme by the First Minister on 18 February 2020, many residents and business owners have been left waiting for financial support.

This week, Janet Finch-Saunders, Assembly Member for Aberconwy, will call on the First Minister and Minister for Finance & Trefnydd to take urgent action on processing applications and payments.

“On 18 February 2020, the First Minister promised to make urgent financial support available to those whose homes have been flooded and, in particular, to those families without insurance cover.

“Three weeks later, I am being contacted by constituents who have applied for financial support but have yet to receive a single penny.

“Similarly, it took until 4 March 2020 for the Minister for Economy, Transport and North Wales to announce direct financial support for businesses.

“However, as of yesterday, Business Wales was advising that application forms for the £2.5m support remained unavailable.

“A month has passed since storm Ciara, and some businesses have ceased trading, whilst others await insurance pay-outs or have turned to savings to continue operating.

“I am very frustrated with the delay in payments and will call for urgent action on processing funding applications and payments.

“It is grossly unfair that some residents and businesses in Llanrwst have had to wait so long for support.”