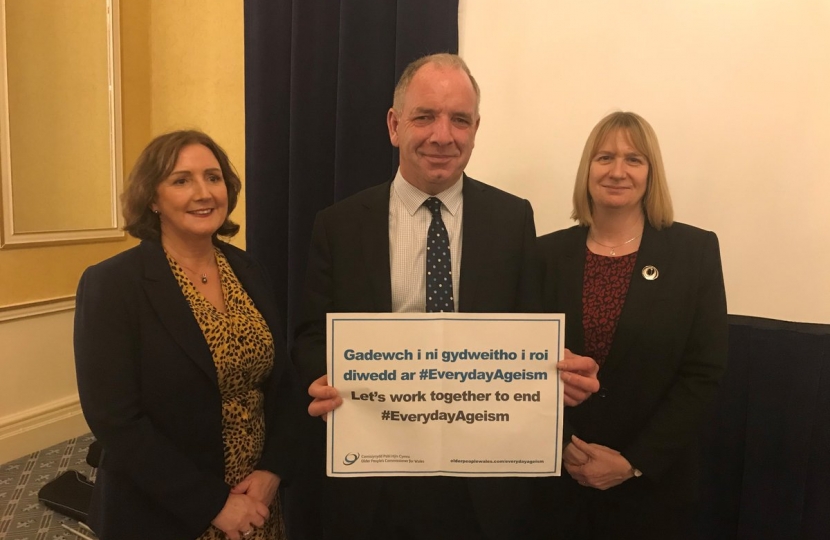 Whilst the Webb Ellis Cup will not be returning to the British isles, our home nations have a lot to be proud of.

Wales finished fourth, and Warren Gatland ends his time with the Welsh Rugby Union having guided our national team through its most successful era in professional rugby history.

The World Cup has nurtured global pride as South Africa’s victory against England served to highlight the importance of sport both on and off the pitch.

In fact, the words of the World Cup’s theme song have never been truer: “If I win lose or draw, it’s a victory for all”.

For example, Prince Harry paid tribute to the uniting impact of South Africa’s World Cup triumph, and as Siya Kolisi, the Springbok captain stated after the match: “We can achieve anything if we work together as one”.

This message should be considered by every nation.

Every law abiding citizen can make a valuable contribution to our communities whatever their nationality or age.

However, it is a sorry fact that one section of our society is being increasingly isolated: older people.

A major cause of this is Ageism.  This is the stereotyping, prejudice, and discrimination against people on the basis of their age.

Examples include losing a job, receiving a lower quality of service, and being refused a medical referral to a consultant because of age.

The latter might seem surprising, but the Older People’s Commissioner for Wales has found that 66,000 individuals have been made to feel too old to receive health services.

More so, 1 in 8 individuals believe that they have been discriminated against because of their age.

Age discrimination is against the law.

However, there is low recognition of Ageism so I am trying to use the levers at my disposal as an Assembly Member and Shadow Minister for Older People, to help as many of you as possible be aware of when you are being discriminated against.

The challenge is significant as almost 200,000 older people have reported not knowing their rights.

Therefore, I was pleased to see the need to end Ageism highlighted by the Chairman of Betsi Cadwaladr University Health Board, the Older People’s Commissioner, and me, at the recent Ageing Well Event I hosted here in Llandudno.

If you think that you have been or are being discriminated against because of your age, please do let me know.

As I stated at my Ageing Well Event, it is my mission to ensure that all of us have the best opportunity possible to be happy as we age. So to achieve this we need age-friendly communities where all of us feel valued, included, and respected.

At the end of the day, there is no excuse for discrimination based on age.

In fact, there is a need to celebrate the contributions made by our oldest generation, which includes the gifting of 1.4billion hours a year to volunteering and the provision of unpaid care worth up to £8.1billion a year to the Welsh economy.

Clearly, older people make an invaluable contribution to our country, so we need to ensure that they are not pushed aside or overlooked in communities locally and globally.