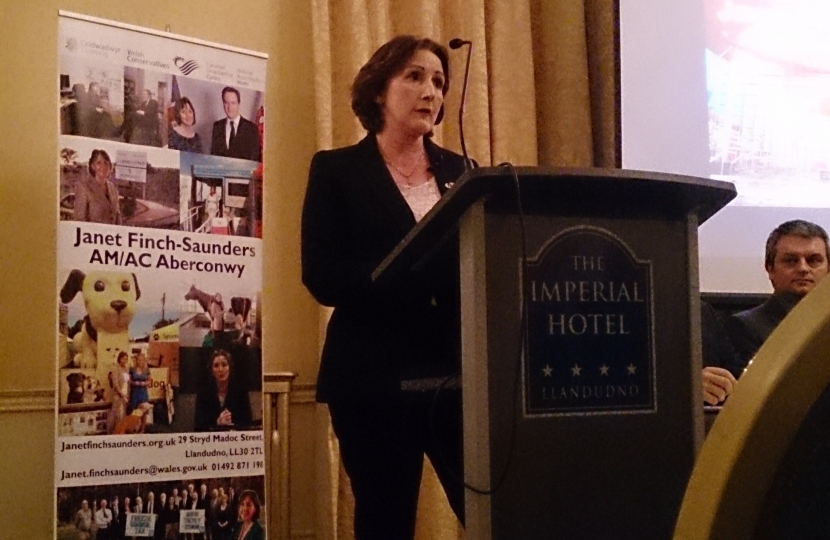 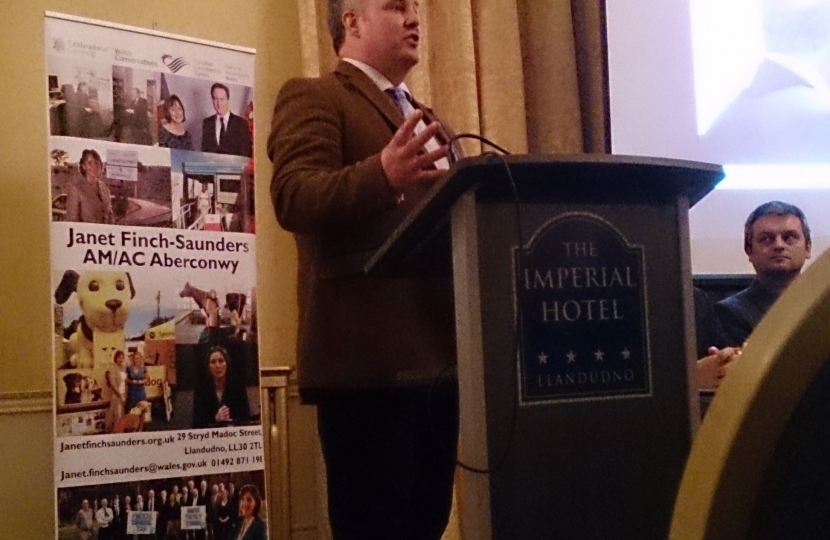 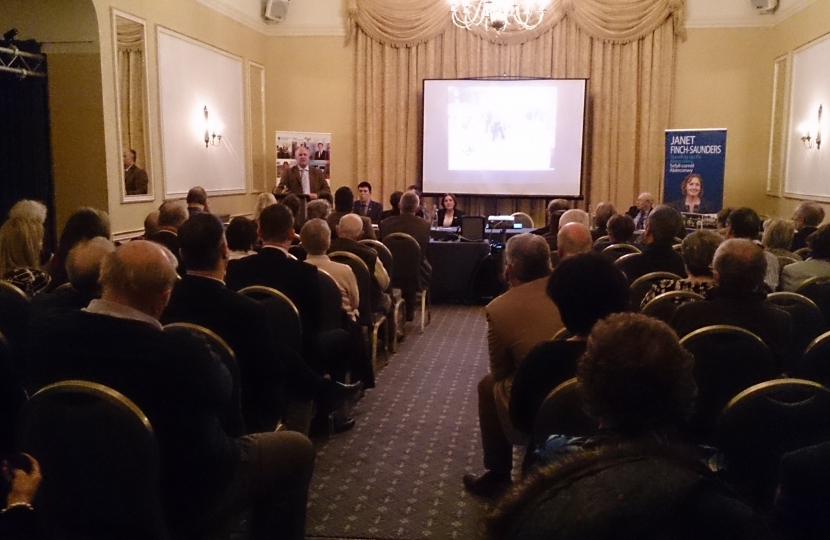 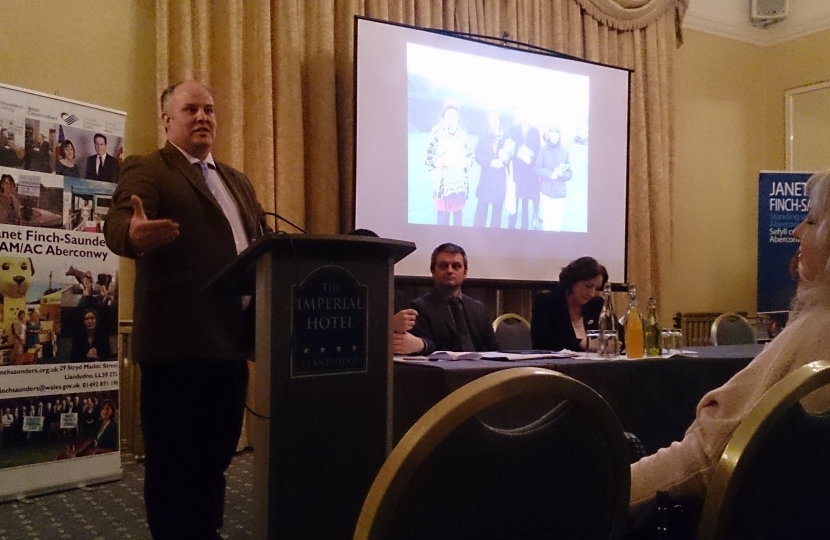 Over 100 people turned out last night to attend an engagement event, hosted by Janet Finch-Saunders AM, and featuring Andrew RT Davies AM – the Leader of the Welsh Conservatives.

With their constituency representative – Janet Finch-Saunders AM; regional representative – Mark Isherwood AM; and the Leader of the official Opposition in Cardiff Bay – Andrew RT Davies AM – residents of Aberconwy were treated to a full engagement event, with a lively Question and Answer session, as well as a Keynote Address by Mr Davies AM.

Janet said: “Events such as these are important to enable people to really engage with their political representatives in the National Assembly for Wales.

“I am delighted that so many people turned out last night to have their say, in what was a really positive event. Questions ranged from the Welsh NHS, to farming issues, the EU referendum, and local authority services, and everything in between!

“Sadly, and all too often, the actions of the Welsh Labour Government are seen as being too Cardiff-centric, with the focus of their attentions staying firmly in urban South Wales.

“It was a privilege to join our outstanding Assembly Member in Aberconwy, Janet Finch-Saunders, in answering the many questions local residents had to offer.

“From my regular journeys to North Wales and meeting communities across the region, there is a strong sense of disappointment with the current Welsh Labour Government, which has so badly let down our NHS, our economy and our schools.

“On May 5th we have the opportunity to deliver real change for Wales, a Welsh Government which listens to the people of North Wales and not just those south of the M4.

“The Welsh Conservatives will work closely with our colleagues at Westminster to ensure we deliver for the people and communities across North Wales rather than the current Labour Party regime which has overseen 17 years of managed decline, chaos and incompetence.”