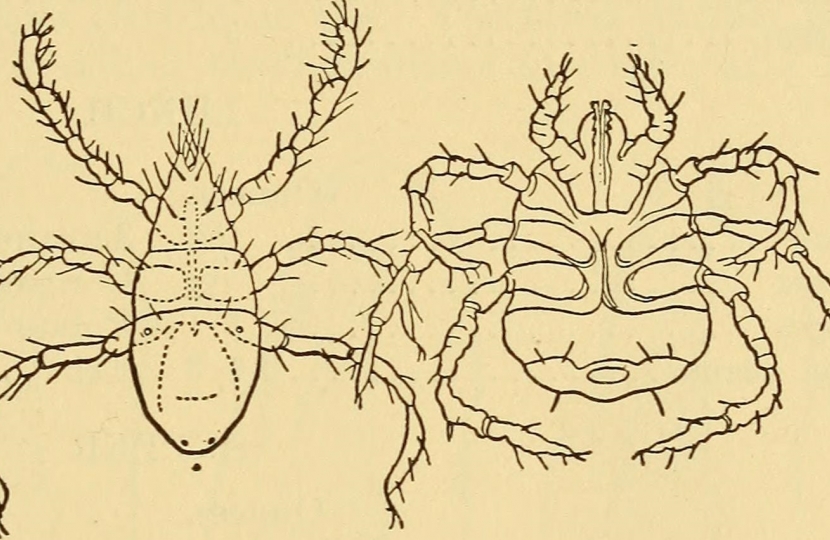 The bacterial infection is often spread to humans by infected ticks, with more cases being contracted abroad

The number of confirmed cases of Lyme disease is on the rise in Wales, according to Public Health Wales.

Wales has seen rates of people contracting the potentially fatal disease double over the past nine years, from 18 cases in 2013 to 39 in 2017.

During the same period, the number of those getting the serious bacterial infection from overseas trebled - sparking “concern about the awareness of travellers going abroad”.

Lyme disease is often spread to humans by infected ticks - small, spider-like creatures that feed on the blood of humans and animals.

They are commonly found in woodland and grassy areas, as well as livestock such as sheep and goats.

The illness is usually easier to treat if it’s diagnosed early, but without treatment, more serious conditions such as viral-like meningitis, facial paralysis, nerve damage and arthritis can develop.

The highest number of confirmed cases of Lyme disease in Wales since 2009 was in 2016, with 46 people contracting the illness - more than double the previous year which was 23 .

In 2017, there were 39 confirmed reports. Of those 10 came from abroad, the highest number on record to do so in the past nine years.

Aberconwy AM, Janet Finch-Saunders, who requested figures of confirmed cases in Wales as part of the Members Written Assembly Question, said greater public awareness could help reduce the number of cases in Wales.

“The majority of cases are still acquired within the UK,” she said.

A nymph sheep tick (Ixodes ricinus) swollen with blood after feeding on through skin of person for 36 hours (Image: Getty Images/iStockphoto)

“However the number contracted abroad went up considerably last year - leading to some concern about awareness of travellers going abroad.

“I have asked the Welsh Government to work with the farming industry to reduce tick numbers amongst sheep and other livestock.

“However, ensuring a reduction in the number of people contracting this illness can be harder.

“Greater public awareness of the risks that can present in the countryside - particularly amongst wild grass and meadows - can go a long way to reducing cases.

“Additionally, more information about how to check for ticks, what to look for, and how to remove them, is essential.”

The first person to have contracted Lyme disease in the UK 33 years ago was Julie Evans, who has lived on the Great Orme, Llandudno for the past 36 years.

Although doctors could not identify how Mrs Evans caught the disease, it is believed she was bitten by one of the blood sucking insects.

As a result of the illness, Mrs Evans was temporarily blinded, she lost all balance and her face had dropped on one side.

Lesley Griffiths, Cabinet Secretary for Energy, Planning and Rural Affairs, added: “Tick control remains the responsibility of the animal keeper and they are encouraged to work closely with their private veterinarians to consider methods of control.”

What are the symptoms?

Although only a small proportion of ticks carry Lyme disease, it is important to remove them as soon as possible using tweezers and seek medical advice from your GP if you begin to feel unwell.

According to the NHS website, many people with early-stage Lyme disease develop a distinctive circular rash at the site of the tick bite, usually around three to 30 days after being bitten. This is known as erythema migrans.

This rash is described as looking like a bullseye and the affected area will be red and may feel slightly raised.

Typically it is around 15cm in diameter, although can be larger or smaller. Some people may develop rashes in several places on their body.

However a third of people with Lyme disease will not be marked.

If the disease is left untreated or is not treated early on, more serious symptoms may develop several weeks, months or even years after the initial bite.

How to safely remove a tick

The NHS has specific advice when it comes to removing a tick: