Marks and Spencer urged to give 'certainty' over Llandudno plans 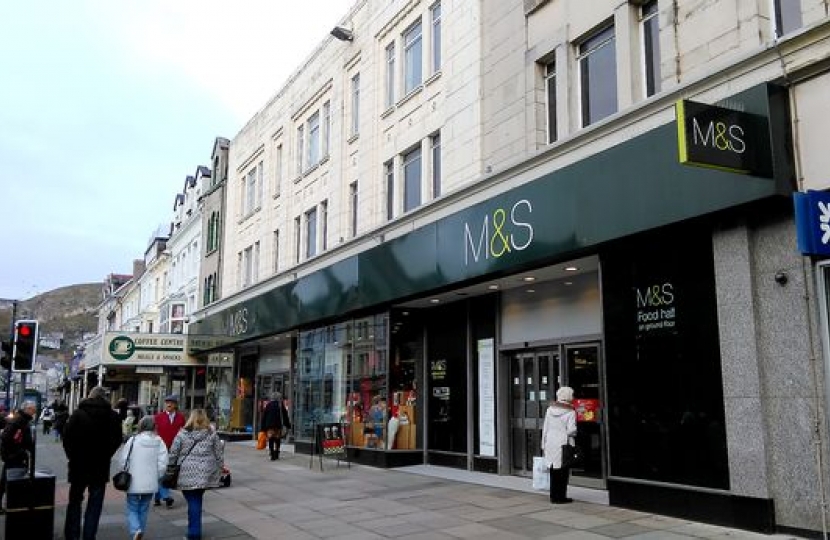 Marks and Spencer has been urged to clarify its plans for Llandudno more than a year after first revealing it wanted to relocate.

The retailer made the shock announcement in November 2017 that it was to close its satellite store on Mostyn Street and consolidate in the main store – then shift all departments to a new unit on Parc Llandudno.

Bosses said a planning application for the new store would follow early in 2018.

But a year down the line the company has still not submitted its proposal for a new store on the retail park - leaving people in the dark about their plans.

The Daily Post asked for an update in December but have not received any response.

Aberconwy AM Janet Finch-Saunders said it was time for Marks to bring some “certainty” on the issue.

She said: “It is becoming increasingly worrying that there is no news as yet again regarding the future prospects of our much valued Marks and Spencer’s store and food hall here in Llandudno, also known as the premier retail shopping centre in North Wales.

“Residents and visitors alike are keen to know exactly what the future plans are and this uncertainty must be rather unsettling for the hard working members of staff employed there.

“I would urge senior management of M&S to reveal the future prospects of the store so as to bring forward some certainty on the matter.”

Last July, a spokeswoman for the retailer, said: “We remain committed to relocating to Parc Llandudno and offering a bigger and better store for the area.”