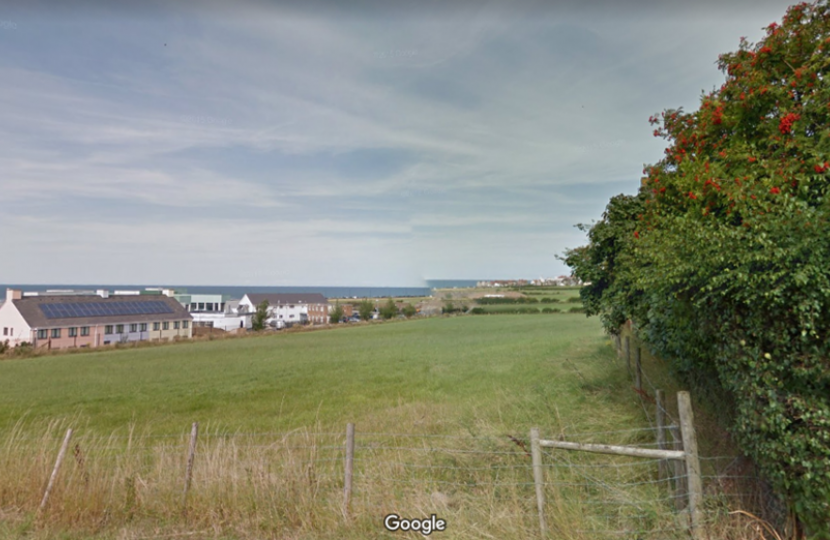 The Member of the Welsh Parliament for Aberconwy – Janet Finch-Saunders MS – has submitted a formal objection to the proposed development on Nant y Gamar Road/Bodafon Fields. It is the latest development in this long running campaign, in which the Member previously convened a public meeting to provide residents and local stakeholders with a valuable opportunity to question those behind the development.

In a wide-ranging and critical six-page letter to the Head of Conwy County Borough Council’s Planning Department, Janet has centred on seven core objections:

The application for a new residential development, to be built on a contingency site, proposes the building of 49 dwellings, together with associated public open space, access on to Nant y Gamar Road, and the required on-site infrastructure. The letter notes that Llandudno Town Council have also recommended refusal of the planning application.

Commenting on her letter, Janet said:

“Our community is rightly proud of the exceptional care, education, and support provided by Ysgol y Gogarth.  As I outline in my letter, I feel that there does exist a real risk that the development, in being so closely situated to the residential facility which assists some of the most vulnerable people in our area, could result in it impacting on the conditions which enable these young students to succeed.

“I have consistently been clear that any proposals must work in harmony with the existing infrastructure. It is well known locally that the volume of traffic on the Local Authority managed highways is high and potentially dangerous, something that this proposed development could only exacerbate further.

“I have no hesitation in suggesting that the estate would see an increase in the volume of traffic using Fferm Bach Road and Tan-y-Bryn Road. This is extremely concerning because, by approving the development, the Planning Authority would be enabling an increased use of a highway which does not have a pavement along its whole length and a blind corner.

“Combined with the potential lack of parking and children’s play facilities, there are now serious doubts over the reported benefits of this development. It is a concern that has consistently filled my email inbox and, sadly, the stakeholder meetings that I have been pleased to organise have not done enough to assuage my concerns.

“A significant number of the elected representatives of Llandudno – from Town Council to Senedd Cymru – are opposed to this development going ahead, leading us all to take unprecedented steps to emphasise the concerns of residents. I now request that the Local Authority Planning Committee stand with us and refuse permission for the reasons detailed in my letter.”