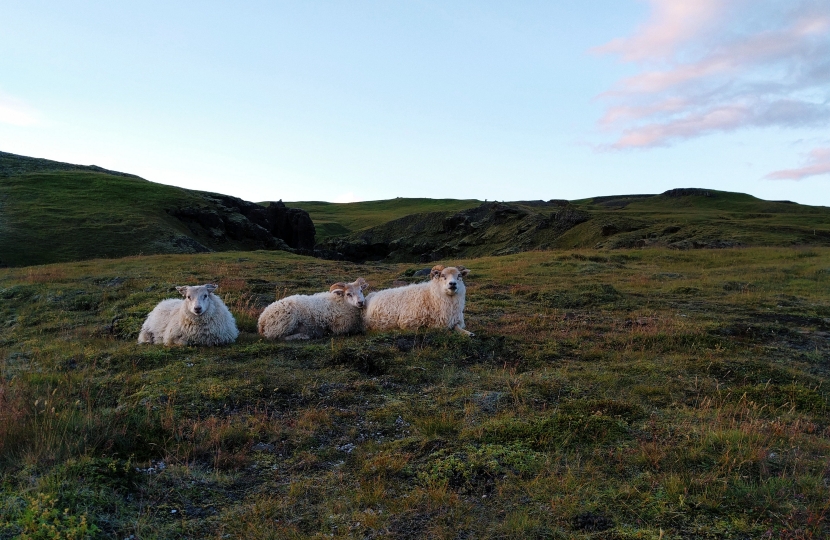 Following allegations of a serious dog attack on livestock over the weekend, the Welsh Shadow Minister for Climate Change, Energy and Rural Affairs – Janet Finch-Saunders MS – has today (18 January) reiterated her calls for the Welsh Government to liaise with law officers in the UK Government with the aim of founding a National Rural Crime Taskforce for Wales.

Her intervention comes as a Welsh farmer has been left devastated after fifty of his ewes were killed in a horrific dog attack. According to a tweet, Gwent Police are currently investigating the matter, which occurred in North Monmouthshire on Saturday 16 January 2021.

The existing Wales Wildlife and Rural Crime Group does not currently include key stakeholders such as Local Authorities and Town and Community Councils. Reflective of the distrust in the system, the Countryside Alliance’s Rural Crime Survey 2020 found that nearly a quarter of rural crimes were not reported to the Police. Farmers are reminded that they can report all livestock attacks via the 101 number.

“Following an incredibly concerning and brutal attack on Welsh livestock over the weekend, I have once again called on the Welsh Government to liaise with the law officers in the UK Government with the aim of founding a National Rural Crime Taskforce for Wales. This new policing approach should look to involve all stakeholders, such as Town and Community Councils.

“Whilst the sector readily accepts that there is no immediate remedy to prevent these appalling attacks from occurring, a new National Rural Crime Taskforce for Wales will ensure that the solution houses the correct and required mix of education, campaigning and proposed legislative changes.

“As part of this taskforce’s remit, authorities would explore how to better educate the public on the Countryside Code. Whether through short videos or immersive digital content, this taskforce would empower us all to learn how to safely and responsibly behave in Wales’ rural regions.

“As the Countryside Alliance has rightly commented, good rural policing is about far more than numbers of police officers on the ground. We must look to form effective partnerships which ensures that Local Authorities, Town and Community Councils are brought into the fold.

“Whilst I pay tribute to the work of the Wales Wildlife and Rural Crime Group, recent livestock worrying has shown that is time for an urgent and significant change. This new taskforce would also ensure that authorities better reflect rural Welsh communities, so as to increase confidence in efforts to confront rural crime.”