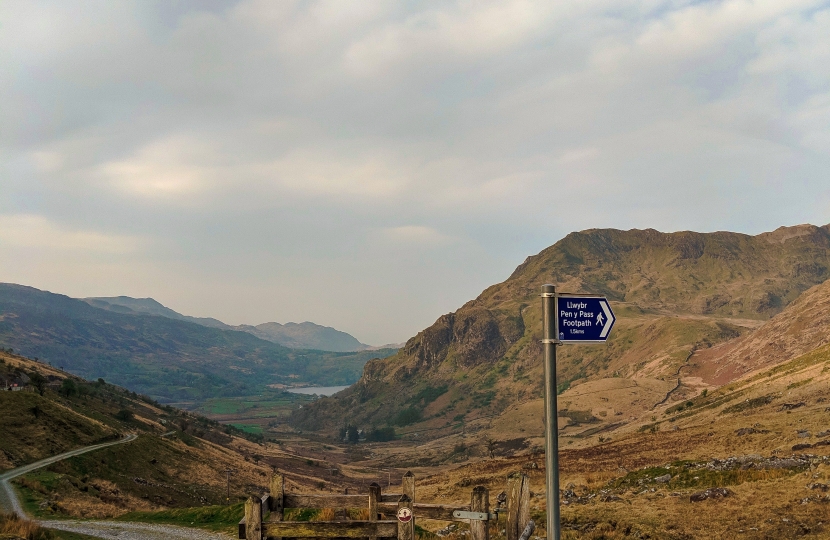 The Welsh Conservatives’ Shadow Minister for Climate Change, Energy and Rural Affairs – Janet Finch-Saunders MS – has today (14 September) welcomed a funding commitment from the Welsh Government for projects to improve access to Welsh National Parks and Areas of Outstanding Natural Beauty (AONBs). This includes a commitment of £180,000 for the Clwydian Range and Dee Valley AONB to ease traffic congestion, carry out remedial work to address erosion to paths and surrounding land and reduce light pollution.

However, Mrs Finch-Saunders has called for the formulation of a new national strategy to improve public transport links to the nation’s National Parks. The Member of the Welsh Parliament has a long running campaign to increase usage of the Conwy Valley Railway line, which runs through Snowdonia National Park, with hopes to see a direct rail service from Manchester Airport to Blaenau Ffestiniog so as to support an increase in visitation to the area by public transport.

Commenting on her calls for a national strategy, Janet said:

“With more people holidaying in the UK this year, access to Wales’ National Parks has become more important than ever. To maintain the momentum of interest in these vital green spaces, I welcome this funding commitment from the Welsh Government to help our National Parks meet the challenges that an increase in visitor numbers can bring.

“However, if the Welsh Government are serious about having National Parks that are enjoyed and valued by everyone, a new national strategy is required to support an increase in the use of more sustainable transport. This is essential to not only easing current concerns over congestion, but also for reducing our nation’s carbon footprint and improving air quality.

“This would require more investment in those public transport links which help people get to, from and around Wales’ National Parks. My proposed National Strategy would not only look to provide more affordable public transport options, but it would also look to better publicise the existing options.

“The three Welsh National Parks cover 20% of our land surface and receive more than 12 million visitors each year, accounting for an estimated £1 billion spend on local goods and services. By improving accessibility to our National Parks, we can supercharge the benefits that these visitors can have on our rural communities.”