Nature Crisis: Number of butterflies in the UK at a record low 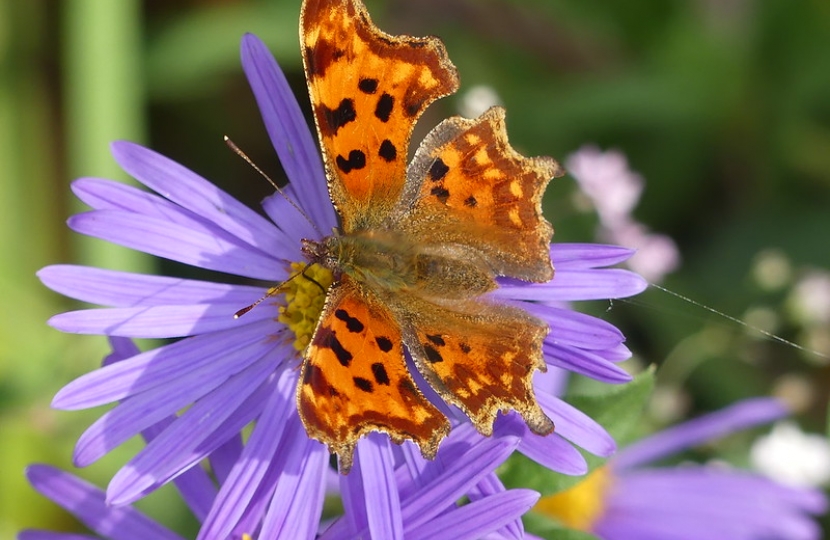 The Shadow Minister for Climate Change and Member of the Welsh Parliament for Aberconwy  – Janet Finch-Saunders MS – has called on the Welsh Government and Wales to unleash a “cacoon of action” to tackle the butterfly crisis in Wales.

Butterfly Conservation, which counted butterflies and moths between 16 July and 8 August, have reported that the results mark the lowest numbers since the Big Butterfly Count started 12 years ago

Of the 150,000 counts registered in this year’s snapshot, volunteers counted an average of nine butterflies or moths each count, down from an average of 11 last year and 16 in 2019. Overall, there were 1,238,405 butterflies and moths counted – a 14% reduction on last year.

“Butterflies are a vital part of the food chain and are considered significant indicators of the health of the environment.

“That there has been a 76% reduction in abundance and distribution of butterflies since 1976, and a 14% reduction on last year, should have us all fluttering to fight the threat.

“Three months ago the Welsh Parliament declared a nature emergency, so its time to put that statement to the test.

“I am calling for the unleashing of a cacoon of action to include growing lots of nectar-rich flowers between March and November; prolong flowering by deadheading flowers and watering well; grow caterpillar foodplants for butterflies and moths; let an area of grass grow long; allow a patch of weeds, such as Dandelion and Bird’s-foot-trefoil to flourish; leave bare patches of wall, fence or earth, or place large stones in sunny borders, so butterflies can bask; create a shelter-belt of trees; plant a mixed, native hedge; and make a log pile, where butterflies and moths can hibernate.

“Together we can reverse decades of decline."