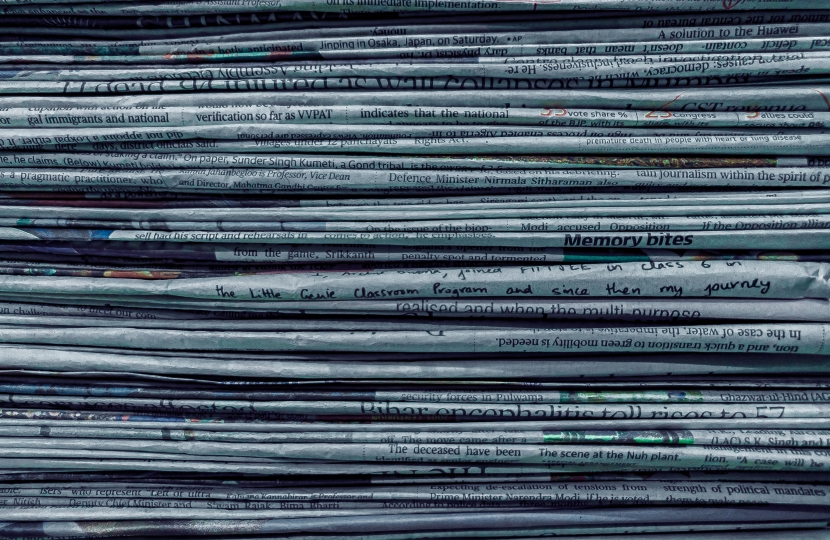 On Monday we saw a major change in lockdown restrictions here in Wales. The five mile rule was finally lifted.

I am aware that the travel restriction caused considerable upset to some constituents.  Such was my concern about the impact it was having on mental health, children and older people, I wrote to the First Minister explaining that many individuals, parents, grandparents, children, friends, were being kept apart, and that I was worried about the impact of the stay local requirement on Article 8: ‘the right to respect for his private and family life, his home and his correspondence’.

This is a matter I also challenged the Counsel General on during plenary last week. I also explained that despite the right to freedom of thought, conscience and religion, places of worship were closed, even for private prayer; that the Older People's Commissioner for Wales has raised concerns that older people's rights may not have been sufficiently protected; and that the Children's Commissioner for Wales has written about how children and young people have seen changes to their ability to access human rights.

Taken together I believe that the examples justify the establishment of an independent inquiry so to consider the impact of Welsh Government decisions on adherence to human rights legislation during this pandemic. Whilst I am yet to receive a clear answer to this point, I am glad that the First Minister has finally given in to pressure for travel restrictions to be lifted.

Importantly, all of us need to continue to be extremely careful. We cannot afford to risk each other’s health by allowing scenes like that on the Dorset coast which saw a major incident declared; large crowds in London on Saturday night; and the recent brawl in Ogmore-by-Sea. It is vital that we adhere to social distancing guidelines: staying 2 metres away from others. At the next review on 9 July the Welsh Government will consider a range of specific options for re-opening the hospitality sector outdoors from 13 July and self-contained holiday accommodation from 11 July.

I am extremely frustrated that we need to wait until later this week to know what can open on Saturday and Monday, and I have already challenged the Welsh Government on the fact that they are only intending to allow the reopening of bars, restaurants and cafes with outdoor spaces. It is most questionable that the Welsh Government’s approach to reopening now allows our children to gather and eat in schools, but prevents adults from sitting in a restaurant where the correct safety precautions can be taken.

I have written to the First Minister asking him to provide the scientific evidence which showed that, as of 29 June 2020, it was safe for children to be sat in a classroom eating lunch but unsafe for individuals to be sat eating in a restaurant. For me, the situation, like many other Welsh Government decisions, just does not seem logical, so I shall continue scrutinise for the benefit of Aberconwy.

You can ask me any questions by calling 01492 871198 or emailing Janet.Finch-Saunders@Senedd.Cymru