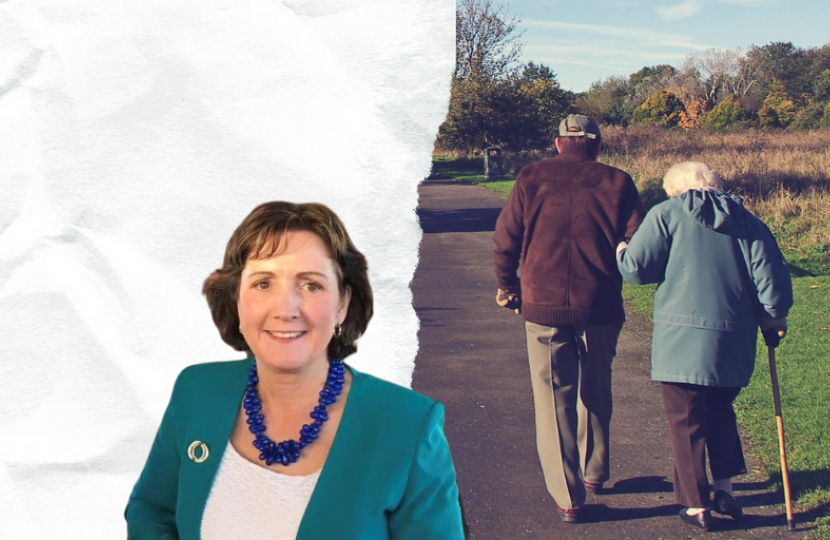 Ahead of the legislative proposal debate on Wednesday, entitled ‘A Bill on a rights-based approach to services for older people’, the Member of the Welsh Parliament for Aberconwy – Janet Finch-Saunders MS – has asked for clarity over how access to social support groups for the elderly is being supported, so as to resume face to face meetings.

Her intervention comes as social prescribing has been included in the Welsh government's list of priorities for the next five years. Social prescribing creates a formal way for primary care services such as GPs to refer patients to a variety of non-clinical services. In a Written Question to the Minister for Health and Social Services, Janet asked:

“Will the Minister clarify what immediate steps the Welsh Government is taking to support the resumption of face to face elderly support groups to assist with the drive towards social prescribing in Wales?”

Commenting on the need for support, Janet said:

“As I have made clear on countless occasions in the Senedd, loneliness among our older population has spiralled during the pandemic, with people forced to stay away from family, friends and unable to meet others. Therefore, elderly support groups should be a cornerstone of the social prescribing drive.

“Given that BMA Cymru are reporting an 18% rise in appointment demand when compared with pre-pandemic levels, the pressure on our Primary Care services has never been greater. Whilst it is imperative that patients are seen for their ailments, we should also be under no doubt that social prescribing has a role to play in easing the pressure on our NHS.

“Too many older residents are being left isolated because of the transition of groups to the digital sphere. For the constituency of Aberconwy, this is a particularly acute concern, especially when research finds that just 75% of men and around 68% of women aged 65-74 are currently using the internet.

“The easing of restrictions to include outdoor meetings for organised groups has allowed many activities to restart but those groups supporting the elderly often require an indoor meeting space. Therefore, I have asked for clarity from the Welsh Government on what immediate steps they are taking to help with the resumption of in-person support groups.”