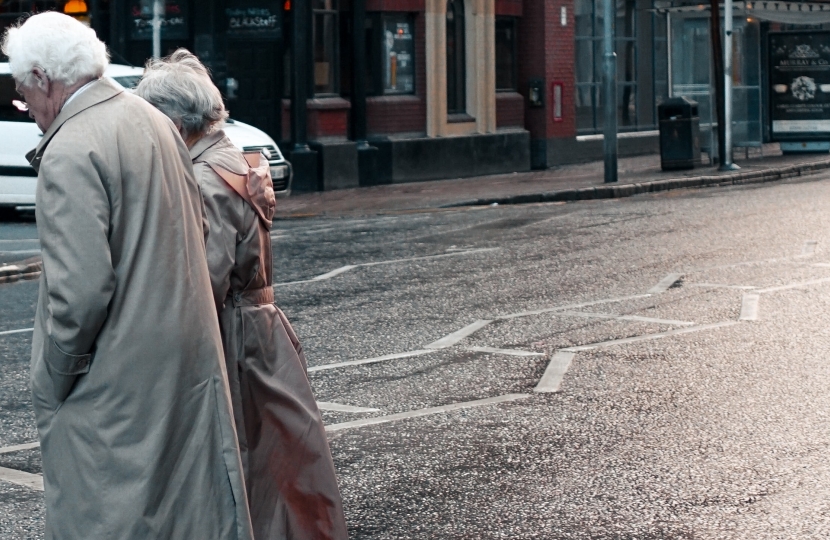 The Welsh Conservatives’ Older People’s Champion – Janet Finch-Saunders MS – has today (14 October) echoed the concerns of Age Cymru about the absence of references to older people in the Welsh Government’s Coronavirus recovery plans.

The Welsh Government has set out its plans in a report compiled by the Counsel General, Covid 19 Reconstruction: Challenges and Priorities. However, Age Cymru has now written to the First Minister and the Counsel General to express its shock at the all but total absence of older people in its plans to reconstruct Wales, during any planned recovery period.

“It is incredibly concerning that older people are not referenced in the Welsh Government’s plan for recovering from the pandemic, which sadly works to demonstrate just how little regard Welsh Ministers have for this important section of society.

“Older people’s experiences during this pandemic have strengthened the case for further protection of their rights in law, as well as improved knowledge and recognition of these rights. It is why I proposed a Bill to enshrine the rights of Wales’s older people in our legislature earlier this year.

“The Welsh Government needs to urgently engage with the Older People’s Commissioner, Age Cymru, as well as other stakeholders, to readdress its priorities and ensure that the needs of older people are not overlooked.

“Older people can be key contributors to the reconstruction of the Welsh economy, so the Welsh Government must empower these residents by rebuilding their confidence to re-engage and participate in their communities.”

Photo by Siarhei Plashchynski on Unsplash