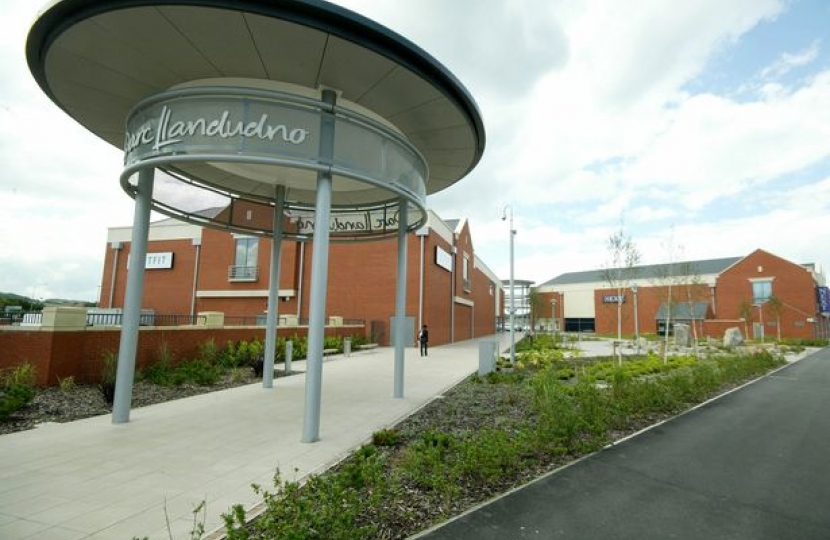 A retail park says the arrival of a major clothing brand at a rival development will undermine their complex and Llandudno town centre.

Parc Llandudno and Mostyn Champneys lie close to each other in premier shopping destination Llandudno and attract thousands of shoppers every week.

But neighbourly bonds are being tested by the ambitions of branded clothing retailer TK Maxx to come to the town.

The Daily Post revealed in June that the firm wanted to site themselves on the Superbowl unit at Mostyn Champneys which is traditionally the retail park for bulky goods like furniture, electrical items, and DIY products.

This saw a planning application to change the bowling site to retail lodged by the park owners with Conwy council and this week that application was approved by officers under delegated powers - paving the way for TK Maxx to come to the town.

But Parc Llandudno Retail Park say this would undermine the position of the town centre and their own park and that TK Maxx should instead be coming to a new unit planned for spare land on their development.

A letter on their behalf said: “The town centre has a mix of independent and national retailers selling a similar range of goods as the proposed occupier.

“The goods proposed to be sold are traditional town centre goods.

“The proposed operator in this location will duplicate the goods range of a significant number of town centre stores which would undermine the position of the town centre and Parc Llandudno.”

They add that in planning policy Mostyn Champneys, which is located further away from the town centre, is designated for bulky(large items) and ‘in-bulk goods’ but this application would see 40% of the units becoming ‘non-bulky’.

TK Maxx got drawn into the debate saying that they had “quickly dismissed” the unit offered at Parc Llandudno as there was no prominent frontage and it would be squeezed between two other units. They said it was not a suitable alternative to the Mostyn Champneys site.

Aberconwy AM Janet Finch Saunders said while she had concerns over about out-of-town sites competing with the town centre offering the fact TK Maxx would come to Llandudno would encourage more people to Llandudno.

She said: “I am still reticent about allowing these units to be split down or to changing the classification of this sites original usage, as it would be a retrograde step should it start to compete with our town centre selling space. Llandudno has always been known as the premier shopping town in North Wales and is holding its own very well when compared to other seaside resorts.

“One mustn’t forget though that the development at Parc Llandudno had its own profound affect on the town centre in the early stages of development but it has recovered well since and is now attracting major investment and purchaser interest daily.

“Whilst ideally a leading chain such as TK Maxx might have gone into the town centre, the fact that they are coming into Llandudno at all will be a huge bonus for the town in terms of employment opportunities and more variety for our locals and visitors.

“There are many designer brands available through this particular chain and hopefully this will mean that these can now be obtained locally, as opposed to going over to Bangor or Chester to source these much desired items.” British Land, which operates Mostyn Champneys, did not comment.