Party in the Park – a great success! 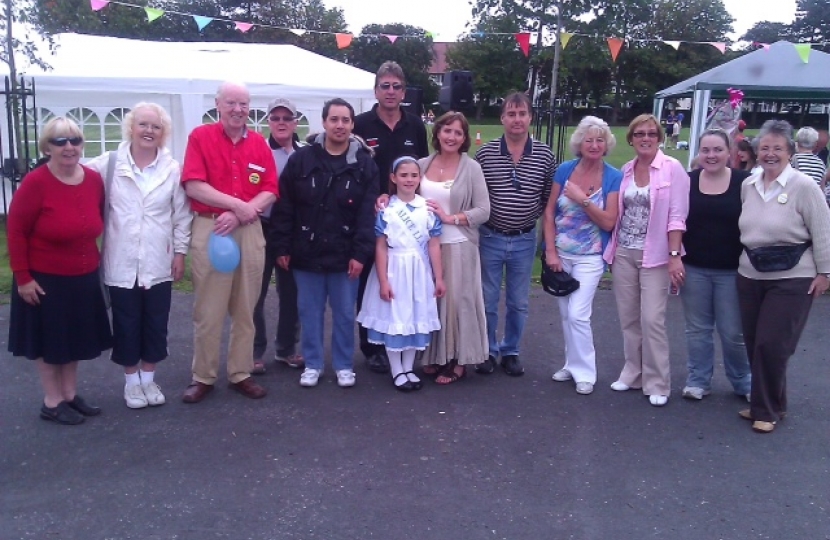 The Friends of Queens Park annual fundraiser – the Party in the Park – was held this Saturday and was a great success.

Miss Alice accompanied Cllr Janet Finch-Saunders AM as they opened the 3rd annual Party in the Park.

The event was compered by Mr Bryan George and headlined by local singer Rockin’ Ron, who certainly had everybody rockin’!

The event raised money for future projects to improve the park, including a Sensory Garden.

Janet said: “The day was a great success, everyone involved was fantastic and we couldn’t have asked for better weather!

“I would very wish to thank all those who helped with the organisation of the event, including the various stall holders.

“A big thank you to all those who came along to support the event – the Local Fire and Police Officers, Conwy Youth Bus, and many of our local residents. Also, to all the stall holders and in particular Mr Peter Barton Price and Lyn Davies together with the parks Department of Conwy County Borough Council for their help with the park maintenance and general support for the group.”