Penmaenmawr and Llanfairfechan residents left in limbo over A55 junction changes 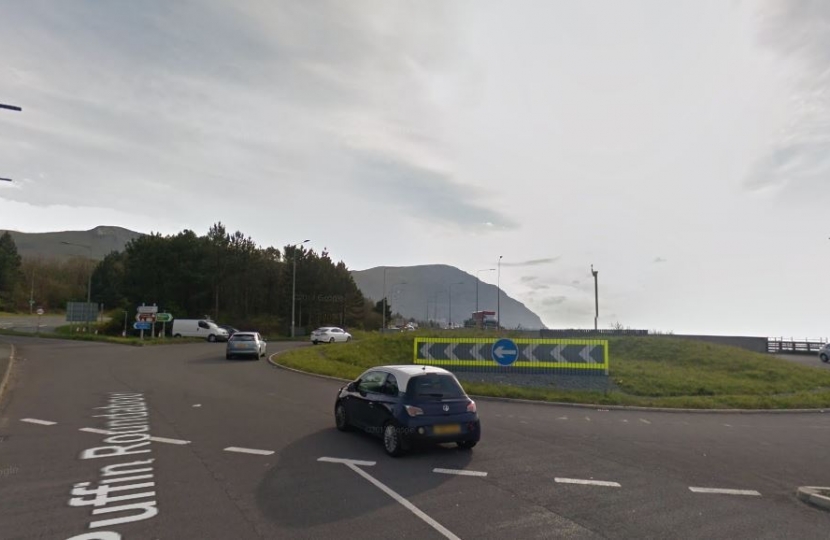 Penmaenmawr and Llanfairfechan residents have been left in limbo about changes to roundabouts on the A55.

A public consultation was held between June and August last year which gave residents the chance to express their opinions on nine different options for removing the A55 roundabouts in Penmaenmawr and Llanfairfechan at junctions 15 and 16.

Aberconwy Assembly Member (AM), Janet Finch-Saunders, questioned the Welsh Government in September about what was happening with the results and when residents could expect a decision.

But minister for economy and transport, Ken Skates, said the consultation responses were still being analysed and a decision would be made early in 2019.

Mrs Finch-Saunders said residents have now been left in limbo still waiting on a decision to be made ont he roundabouts at junctions 15 and 16.

Mrs Finch-Saunders said: "The proposed improvement works have already been subject to local controversy, resulting in myself writing to the Welsh Government last year highlighting the deficiency of detail about the options.

"Some of the proposals are very worrying, especially as they could damage businesses and directly affect peoples’ homes.

"Whilst the consultation closed on 28 August 2018, I was given assurances in writing by Ken Skates, minister for economy and transport, that he was expecting to make an announcement on his decision in autumn 2018, and organise public information exhibitions on the preferred options early this year.

"So far, I have not been made aware of any decision, or when exhibitions will take place.

"It seems to me that the minister is leaving residents in limbo as the Welsh Government is still reporting online that they are considering responses before deciding on preferred options.

"When it comes to highway development, the Welsh Government have a habit of moving at a glacial pace - just look at the M4 relief road in South Wales.

"Going forward, I have responded to the Minister asking for clarification as to when a decision on the preferred options will be announced”.

A document produced for the consultations said the purpose of the project was to remove the two roundabouts at junctions 15 and 16, and replace them with upgraded junctions meaning traffic will no longer need to slow down down at the roundabouts, reducing delays, and making it safer to traffic wishing to enter and leave the A55 in these locations.

The project will also address a number of substandard features of the trunk road in the vicinity of the junctions.