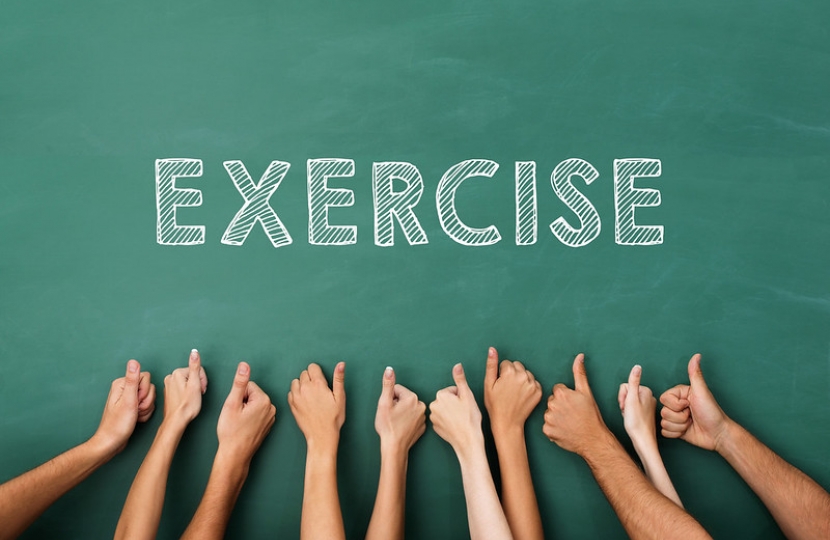 With Wales having finished fourth in the Rugby Wold Cup, Janet Finch-Saunders, Assembly Member for Aberconwy, and Shadow Minister for Social Care, Children, Young People, and Older People, has called for a major push to encourage individuals to undertake physical activity.  This follows the finding that the percentage of adults in Wales undertaking less than 30 minutes of exercise has fallen since 2016-17, whilst there has been no improvement in the number undertaking exercise for more than half an hour a week.

“We all know the importance of exercise to our health and wellbeing.

“For example, Public Health Wales aims to have a society in Wales in which healthy choices are easy choices, and therefore see an increase in physical activity by 2030.

“Unfortunately, new data shows no improvement in physical activity by individuals aged 16 or over in the last two financial years.

“This is worrying because it is known that treating preventable diseases caused by physical inactivity cost £35 million to the Welsh NHS in 2015.

“Sadly, we have seen a series of Welsh Government decisions which have negatively impacted on physical exercise.

“Locally, these include the rejection of the active travel route application for Glan Conwy, the cut of funding for the Free Swimming Initiative, and the slow progress of Sport North Wales.

“I really do want to see Sport North Wales’ aim of creating an active nation where everyone can have a lifelong enjoyment of sport, achieved, but given that the business case and strategic delivery and outcomes plan is not expected until the end of March 2020, we must look elsewhere for progress.

“With Wales having done so well in the Rugby World Cup, this is the perfect time to inspire improved physical activity.

“The Welsh Government should build on the momentum and help introduce a network of Welsh sports and physical activity ambassadors who will inspire people to participate in activities.

“This could be quite straightforward as Sport Wales already has a Young Ambassador programme, and I can see no reason why many elected councillors across Wales could not help take up the baton and contribute to creating a strong national campaign to combat physical inactivity”.