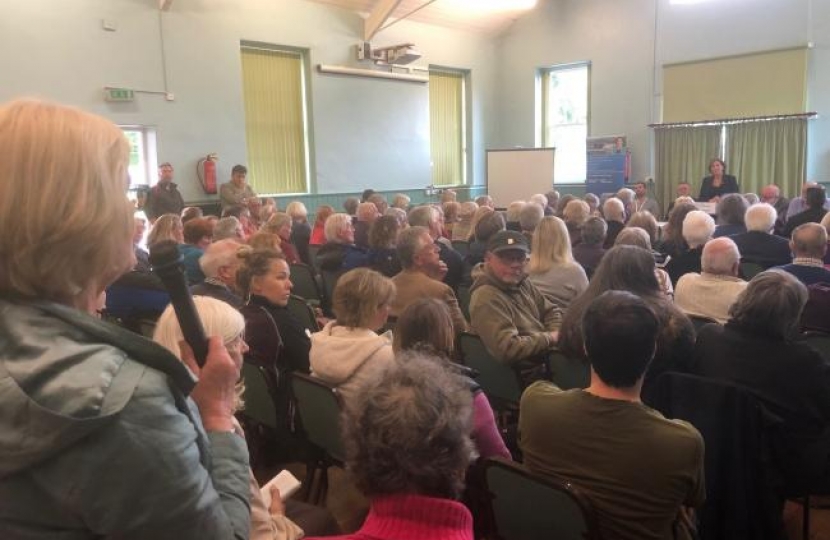 A PLEA for action to restrict speeding on Conwy Valley roads, was made at a public meeting.

More than 150 residents attended the meeting at the Llanbedr and Tal y Bont Memorial Hall on Friday June 14, which was organised by Janet Finch-Saunders the AM for Aberconwy. She said “I was surprised at the numbers of residents who came along to voice their concerns, which included worries about the speeding by drivers on the B279 and B5106 causing residents to feel unsafe when leaving their homes.

“One lady horse rider had previously experienced a near miss causing her to fall off her horse and the horse galloped away in some distress.”

Mrs Finch-Saunders added: “Residents in Trefriw felt very strongly about the lack of pavements on such a main road that often had cars driving at very high speeds.

“We are very fortunate here in Conwy to have a thriving tourism industry, with new attractions expanding rapidly. I agree with the residents that a long term plan is required for this area, as currently any increased volume of traffic is certainly going to impact on those living locally”