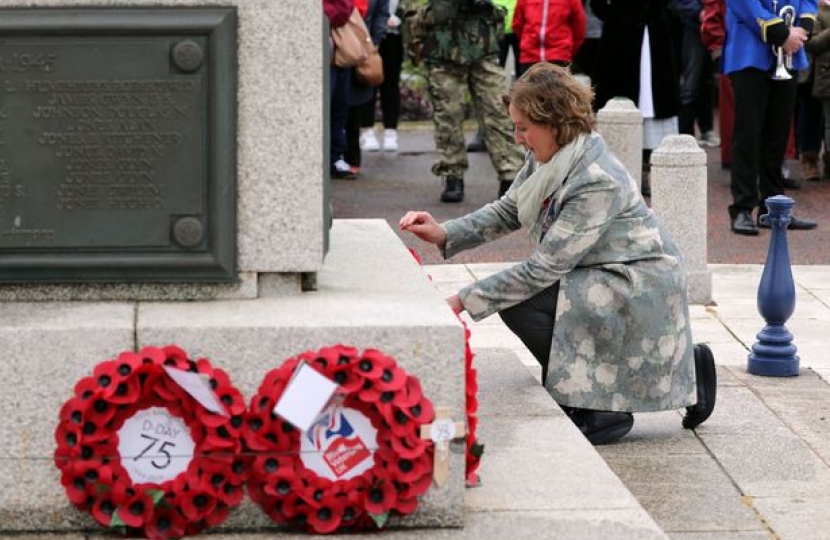 A poignant service to remember the Normandy Landings took place today in Llandudno.

Mrs Finch-Saunders told North Wales Live: "I felt very privileged and humbled attending such a poignant service of recognition for the many brave men who give their lives 75 years ago.

"Such an Anniversary serves to remind us all of the bravery and courage these young men gave for our Queen and Country.

"Allied forces at this time succeeded in liberating Europe from the tyranny of a Nazi regime so that we can all enjoy a democratic and free future. We will never forget them."

She added: "Particularly poignant for me was witnessing the large crowd assembled there, alongside many volunteers from our local organisations who always turn out on such occasions to pay their respect also."

Adrian Hughes from Home Front Museum, in Llandudno , read out the names of the five LLandudno men who died during the Normandy Landings. One of whom was a 19 years old.

The service was held at 10.45am and other events commemorating the 75th anniversary of D-Day were held until 4pm.

On Thursday more than 1,000 people lined the beach in Rhyl to mark the anniversary of the Normandy Landings.

Veterans of the largest seaborne invasion in history were among those who gathered in the town for the event to remember June 6, 1944, when nearly 160,00 troops made the journey across the Channel in the first step towards the liberation of Europe from the Nazis.

The Royal British Legion and Woody's Lodge had organised the commemoration, which saw the unveiling of a life-size statue of a soldier carved from a single piece of timber by Dyserth chainsaw artist Ian Murray.

It stood surrounded by hundreds of silhouettes of soldiers which had been etched in to the sand to represent those killed in battle on D-Day.