Proposed Flood Resilience Action for A470 north of Llanrwst 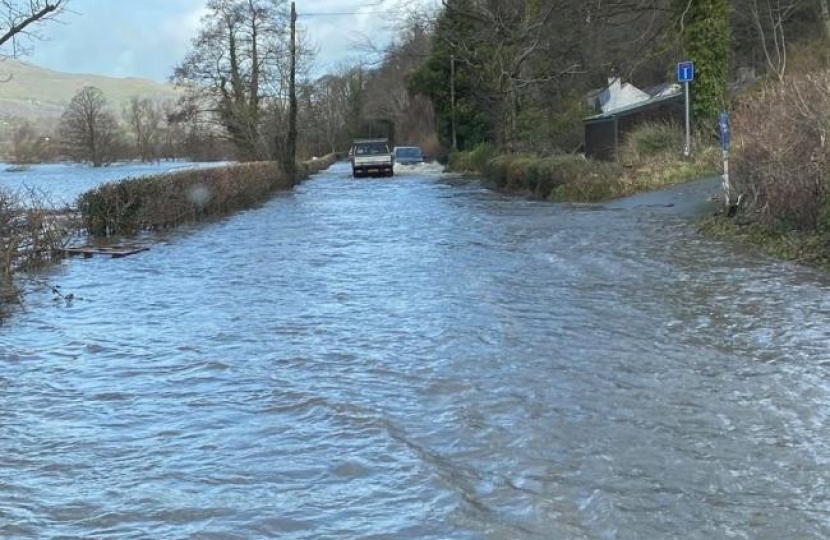 Janet Finch-Saunders, Assembly Member for Aberconwy, has received a commitment from the Welsh Government that flood resilience action will be considered for the A470 north of Llanrwst.

Following concerns raised in plenary by the Assembly Member about the number of times the A470 has had to close to the north of Llanrwst due to flooding, Ken Skates AM, Minister for Economy, Transport, and North Wales, responded advising that he would expect funding from the Welsh Government road resilience fund to be made available for the section of road affected by recent flooding.

Commenting on the response received from the Minister, Janet said:

“During almost every flood in the Conwy Valley the A470 to the North of Llanrwst is closed.

“Access to Llanrwst is extremely restricted, and the community is left feeling isolated.

“This is despite the Welsh Government having recently invested in improvements between Penloyn and Tan Lan, and in Maenan.

“Traffic is forced off the trunk road onto the maze of the local authority managed lanes in Eglwysbach, Maenan, and Llanddoged.

“These roads simply cannot cope with any significant volume of traffic going in both directions.

“I welcome the fact that the Minister has acknowledged the need for action to help create a feasible route for individuals needing to travel up and down the east of the Conwy Valley during floods.

“I will be pursuing the possibility of finance being made available from the road resilience fund to help reduce the negative impact of flooding on what is an essential road”.

Questions to the Minister for Economy, Transport and North Wales: Road and Railway Closures in the Conwy Valley