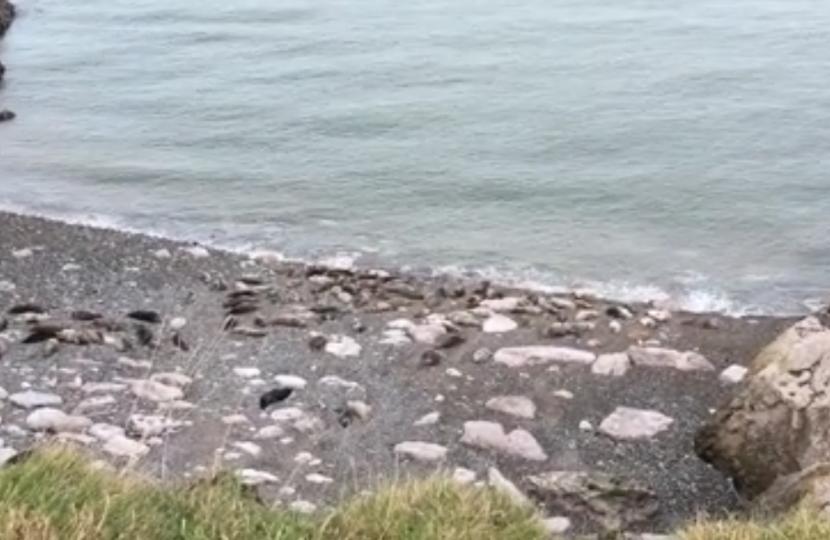 The RSPCA and Janet Finch-Saunders, Assembly Member for Aberconwy, are asking the public to “take small steps to save Llandudno seals”.

This follows the Assembly Member’s work with Conwy County Borough Council, Mostyn Estates, Wildlife Trust Wales, Natural Resources Wales, and local residents to successfully introduce a marine code of conduct for water vessels / recreational boats launching from Conwy Council owned slipways, and to see an educational sign on the Little Orme. Also, the call comes as a result of the spotting of injured seals at Pigeon's Cove, the Great Orme, over the weekend.

In an effort to protect the seals, Janet said:

“We are extremely fortunate to have such a large colony of resting grey and harbour seals.

“They contribute to our unique environment, and have become popular attractions with locals and visitors alike, who maintain a safe distance.

“Since 2016 I have been proactive in protecting the seals.

“We now have a code of conduct in place for boat users, and thanks to Mostyn Estates, a sign deterring walkers, dog owners, mountain climbers and members of the public from venturing close to Angel Bay.

“Over the festive period we have heard stories of people and their dogs approaching these resting seals.

“I endorse the appeal made by RSPCA, and encourage everyone to take small steps to save Llandudno seals, such as by keeping dogs on leads, not leaving fishing and kite lines on beaches, and not approaching seals as they are resting.  This will go some way to ensure our ever increasing population of seals continue to thrive”.

Janet Finch-Saunders AM: Leads call for a voluntary Code of Conduct to protect Angel Bay Seals