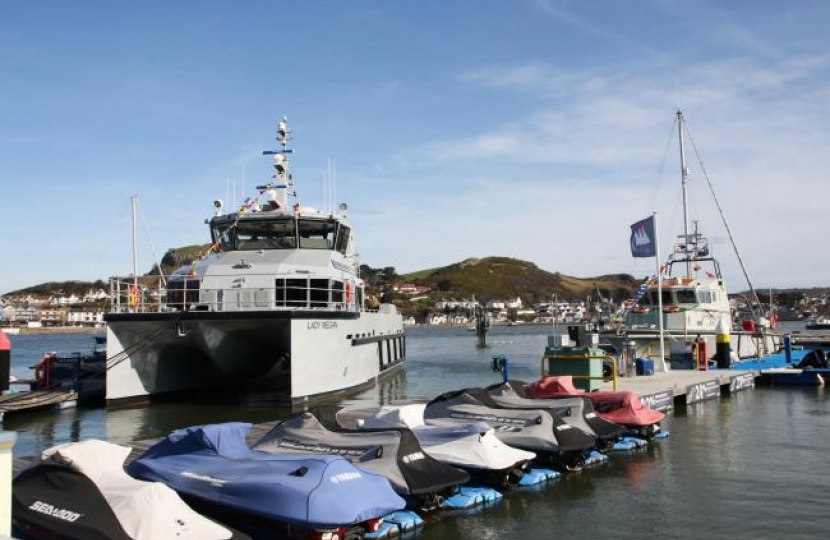 Further to the investigation Janet Finch-Saunders, Assembly Member for Aberconwy, has taken into the Welsh Government Fisheries Patrol Vessels (FPV) based at Conwy Marina, she has unearthed another controversial decision by the Welsh Government.  This is the fact that the FPV Aegis which was valued at £44,000, and has been sent to tackle illegal fishing in Liberia, has been replaced by the FPV Lady Megan at the cost of £2.6million to tax payers.

Commenting on the expenditure, Janet said:

“The deeper I dive into the background of the Welsh Government fleet, the more troubling the water becomes for the Minister.

“Already, I have unearthed the fact that her fleet of three at Conwy Marina undertook a total of only 63 patrols in 26 months, and that the Aegis has been sent to Liberia free of charge so to undertake duties which she could have practiced here.

“Now, I have been advised that the donation to Liberia was actually worth a minimum of £44,000 to Wales. Whilst I do encourage people to donate to charities, when considering that key public services are desperate for money, I really do think that this donation by the Welsh Government is inappropriate.

“Undoubtedly, I acknowledge the fact that the Aegis was designed to enforce up to the 6 mile limit, and that the Welsh Government now wants to cover a greater area, but I really am shocked that this decision has resulted in £2.6million being spent on a new vessel.

“Clearly, this is a titanic amount, and assurances are now needed that the investment was done after careful consideration of all options.  Therefore, I have written to the Minister asking for an explanation as to what alternatives were considered as part of the process of deciding to buy the Lady Megan”.

Will the Minister explain what alternatives to spending £2.6million on the FPV Lady Megan were considered, and state what steps were taken to ensure that this spend represented value for money?

Why was fishery protection vessel given away questions AM

(Photo - from the North Wales Pioneer)