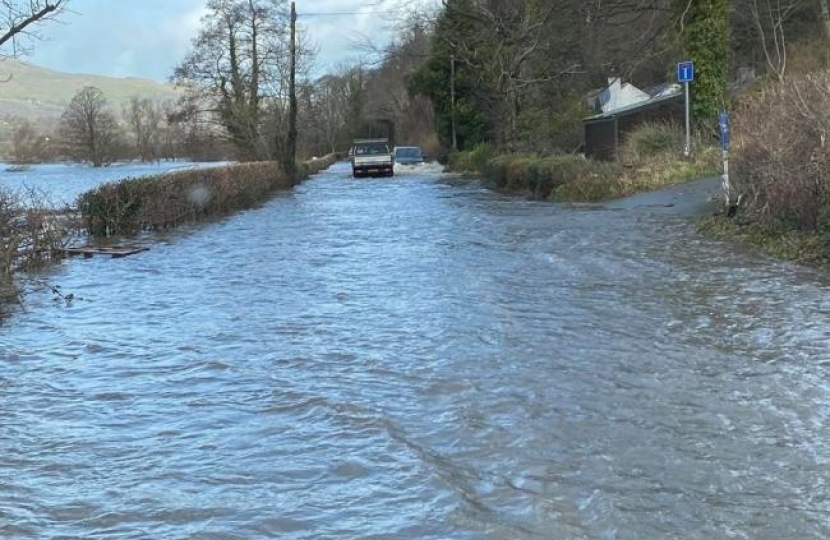 A PUBLIC meeting is to be held in Llanrwst to examine what needs to be done to deal with effects of the floods.

It is also to get residents, businesses and official agencies working together to take whatever action is necessary to avoid future flooding. In addition it is to gather evidence for the Welsh Government on what help is needed now in the aftermath of the floods.

Janet Finch-Saunders AM for Aberconwy said: “I’ve had a lot of calls from residents and local businesses in Llanrwst and elsewhere asking for help.

“I am now holding another meeting after the recent flooding for all the agencies involved: the North Wales Police, Conwy council, Llanrwst town council, Natural Resources Wales, Network Rail and the housing associations to outline to the public what has been achieved so far and what the plans are to avoid or alleviate flooding the future.

"Additionally to give residents and local businesses the chance to tell these authorities of their detailed concerns and how they’ve been impacted during the recent flooding. I want to get them all talking and working together.

"But I also want to gather informationto tell the Welsh Government what detailed help is needed.”

This meeting will be held at The Eagles Hotel, Ancaster Square,

The Afon Conwy restaurant, near Black Cat roundabout, Llandudno Junction, was closed on Sunday by flooding and was still closed on Monday night.