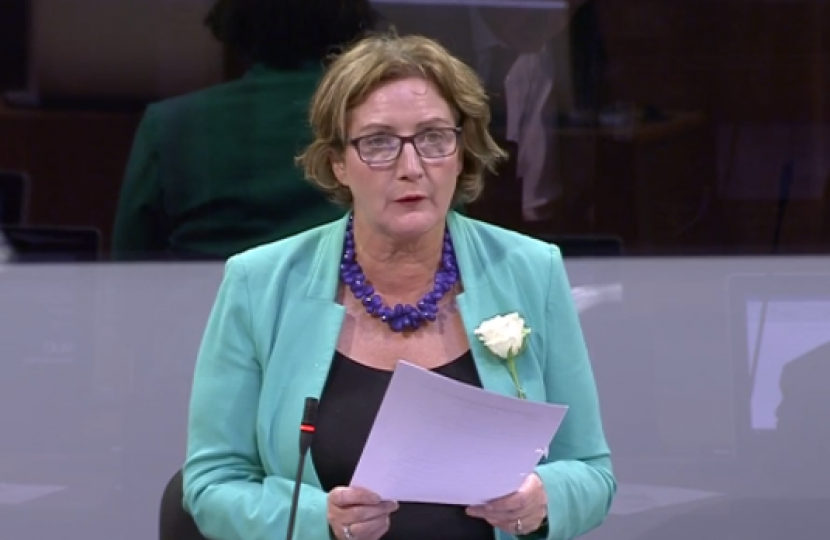 What steps is the Counsel General taking to work with all local authorities across Wales in preparation for a 'no deal' Brexit?

Welsh Government is working closely with local government directly and through the WLGA to help authorities plan to mitigate and respond to the damaging impacts of a 'no deal' Brexit. The Government strongly believes that the United Kingdom should not leave the European Union without a deal.

Thank you. In February, the auditor general issued a report about preparations in Wales for a 'no deal' Brexit, and this highlighted the fact that structures, processes and the amount of preparation varied greatly across the local government sector in Wales. Whilst I do appreciate the work undertaken by the WLGA, will you state what action you are taking as the Brexit Minister to ensure that local authorities do have a consistent and adequate approach in preparation for whatever kind of Brexit we actually ultimately end up with?

I thank the Member for that question. We welcomed the report from the Wales Audit Office, as she will know. We felt it was a recognition that there were significant amounts of work happening across public services in Wales to deal with the unwelcome consequences of leaving the European Union. She's right to say there was at that point, in the report, a reference to variability across public services, although I think the evidence taken, which underlay that report, was from a few months before that. But she's recognised in her question the work we've done with the WLGA to enable best practice to be shared across local authorities.

I know that, when local authority cabinets have looked at how they can assess their own readiness, they have looked to the experiences of other councils when they've undertaken their own analysis, so that they've learnt from that best practice. I think there was an example recently—I think I'm right in saying—in Torfaen, of them doing exactly that and using that as a tool for assessing their own readiness.