Questions to the Counsel General and Brexit Minister (in respect of his 'law officer' responsibilities): The Enforcement of Legislation (21/05/2019) 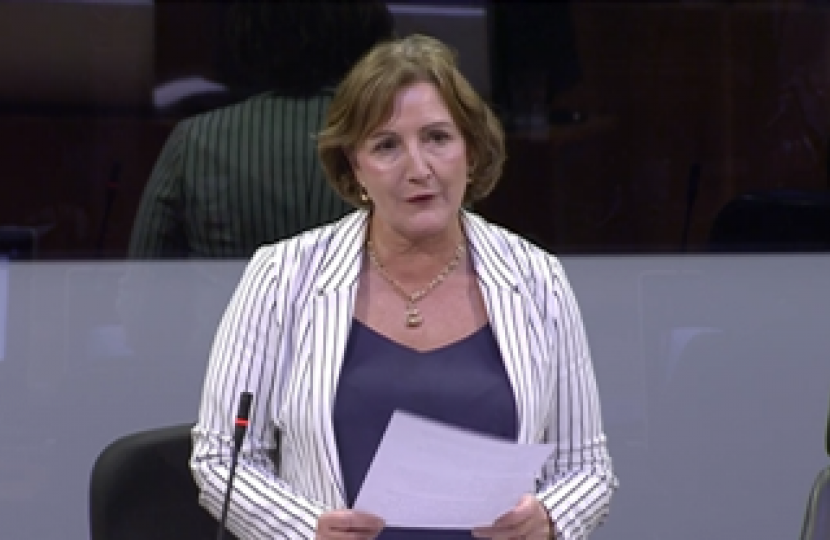 What assessment has the Counsel General made of the enforcement of legislation across Wales?

The responsibility for taking action to enforce Welsh-made legislation through the justice system largely lies with the Welsh Government and a range of agencies. The Welsh Government’s approach is to promote behavioural change and collaboration rather than criminalisation, and we would like to pursue this approach through a devolved justice system.

Okay, thank you. Well, one way through which compliance with marine and fisheries related legislation is pursued by the Welsh Government is through the use of fisheries patrol vessels. Now, I've been undertaking an investigation on behalf of some constituents who raised this with me into the activities of those berthed in Aberconwy between January 2017 and February 2019. What I have found is that the FPG—FPV, in fact—FPV Aegis, FPV Cranogwen and FPV Lady Megan encountered a total of 108 vessels, equating to about one a week. More so, only a total of five breaches were discovered, and as a result no fines were levied during this 26-month period. Now, when considering those appalling enforcement and prosecution statistics, and bearing in mind that the Welsh Government has invested £2.6 million in a new FPV, taxpayers and local fishermen deserve answers as to what exactly is going on. Will you undertake a review of the activities of the FPVs as a means of enforcing legislation, and, generally, in more terms, would you look at where we do have legislation in place, where enforcement is needed, and where legislation is being breached, and actually ensure that, where there need to be prosecutions, they are in fact carried out?

I'm surprised to hear the Member criticise our approach towards seeking to enforce the regulations that we are responsible for enforcing. I would have hoped that she would have supported the Government in practical and proactive enforcement of the regulations that we are responsible for enforcing here in Wales. And I think investment in fisheries patrol vehicles is a very, very sensible investment on the part of the Welsh Government, and they will be busier as a consequence of Brexit, if I may just point that out to the Member. 115

Since I became Counsel General, I've been clear that the work around fisheries enforcement in particular is a priority, and I meet regularly with lawyers to ascertain the state of all the prosecutions that we have in relation to infractions across Wales. And the whole point of that is to maintain momentum and to ensure that people in Wales cannot simply disregard the regulations that are applicable and that are there to protect stocks of often very sensitive shellfish beds and so on, and other marine habitats, and we take that responsibility very seriously indeed.