Questions to the Counsel General and Brexit Minister (in respect of his 'law officer' responsibilities): The Creation of a Welsh Legal Jurisdiction (21/05/2019) 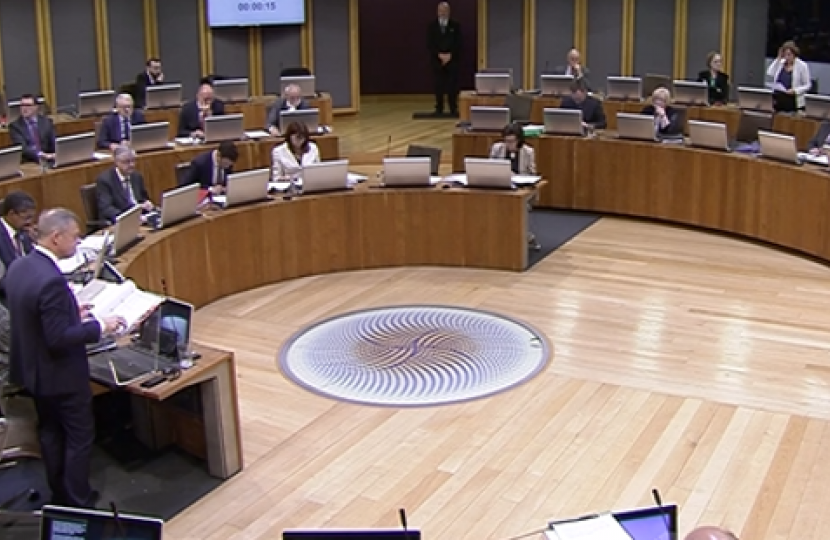 Will the Counsel General make a statement on the potential impact of the creation of a Welsh legal jurisdiction on Welsh lawyers?

Thank you. None of us can deny the development of Welsh law and the ever increasing role played by the Welsh Government in the delivery of justice in Wales. Therefore, I welcome the fact that the Commission on Justice in Wales is reviewing the system and looking at creating a long-term vision. The Law Society, however, has recently made its submission to the commission. In this, they have noted that complete separation of Wales from the current single jurisdiction could dilute the jurisdiction of England and Wales and curtail the ability of solicitors to maintain the current level of legal services activity in Wales. Indeed, it is explained that

'Wales could be perceived as a difficult place to do business.'

Their words, not mine. With the interests of the future of around 450 law firms and 4,000 law students here—[Interruption.] Will you give assurances that a jurisdictional solution is being explored in addition to simply pursuing complete jurisdictional separation?

I'm not entirely clear about the point the Member was making in her last question, but the Law Society's submission, I'm sure she will know, represents, I think, perhaps an evolution of their position and, although it does identify some of the concerns that are very well understood in relation to the jurisdictional issue and the existence of a separate jurisdiction in particular, my reading of it is that it probably moves further towards an understanding of some of the benefits and an acknowledgement of some of the benefits that that set of arrangements could bring. I would agree with the recommendation they make in their submission to the commission, which is that the Welsh Government should be proactive in developing a jurisdictional solution to the accommodation of Welsh law and the distinct needs of Wales. It goes on to talk about doing so without creating barriers and, clearly, we would wish to endorse that as well.

The Bar councillors, as I'm sure she will be aware, in Wales—the Wales and Chester circuit, indeed—made a submission that was also very supportive of the position that we have advocated in advance of the commission for justice. The point in relation to the barriers, which underlies the point in her question—there is no need in any of these jurisdiction discussions to assume that dual qualification would be a problem. Indeed, that is actually, I would argue, an advantage to lawyers practising in Wales, the ability to say that they are qualified in both English law and in Welsh law. Dual qualification is often regarded by lawyers as an advantage. But she makes points that absolutely need to be addressed. I have actually commissioned a review of how the Government works with the legal sector to ensure that it remains a robust sector and becomes more resilient for the future, and I'll be happy to put that in the public domain in due course when it reports.