Questions to the Counsel General and Brexit Minister (in respect of his 'law officer' responsibilities): Valuation Office Agency 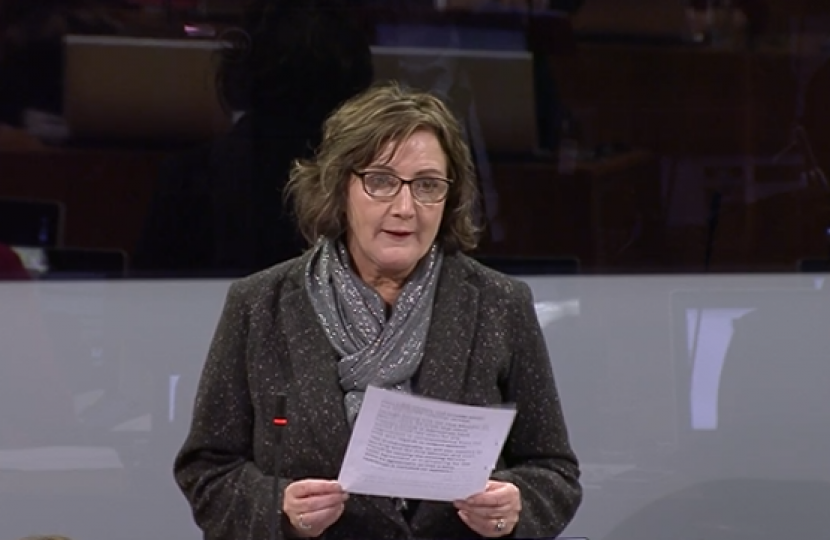 What legal advice has the Counsel General provided in relation to agreements entered into by the Welsh Government?

The Welsh Government enters into a wide range of agreements with public and private entities. The Welsh Ministers have a range of statutory and common-law powers to enter into such agreements.

Thank you. The reason for this particular question is in relation to the Valuation Office Agency. Now, I know what you're going to say: 'Ah, but the valuation office technically comes under UK Government.' Well, the Welsh Government directly funds the VOA to provide council tax and non-domestic rating valuation services for Wales. I know that Welsh Government have entered into a service level agreement, which I've studied very carefully, and that is to remain in force until 31 March 2020, and it costs £9 million a year for your Welsh Government to do this.

Now, having studied this agreement, I am aware that there is an expectation for the valuation office to clear 3,000 outstanding appeals. Now, when I say 'appeals', we're talking about business rate appeals where businesses dispute or, in fact, cannot afford the amount of business rates that the valuation office are saying that they're responsible for. So, they put this appeal in and I've got businesses in Aberconwy that have been waiting over two years. So, on your books, there are 3,000 appeals. If the First Minister was here, he would agree that I've worked considerably, at length, with him on this, and I just find it preposterous that if you have got a service level agreement with anyone—. If I'm procuring a service for me personally, I have a say in the quality of that service that is delivered to me.

Now, recently, the Trefnydd came to one of our cross-party groups on small shops, and it was a huge issue. We had Edward Hiller here from Mostyn Estates, and they were really concerned about these outstanding appeals. Businesses can't afford to wait two years, Minister. So, will you commit to working with the First Minister, and, indeed, as regards my own constituency, with me directly, on looking at the existing service level agreement and looking at preparing for the 2021 agreement and actually scrutinise them a little bit more thoroughly than what you're doing? It's taxpayers' money that's paying this £9 million.

I thank the Member for that question. I hope she will understand that, due to the very open nature of the original question, I'm not in a position to respond in detail to the point that she has just made on a particular contract, which I'm sure she'll understand why that will be. But I'm happy, in relation to the service level agreement that she refers to, to look into the matter and make sure that I follow up with the Member with whatever information I'm able to provide.