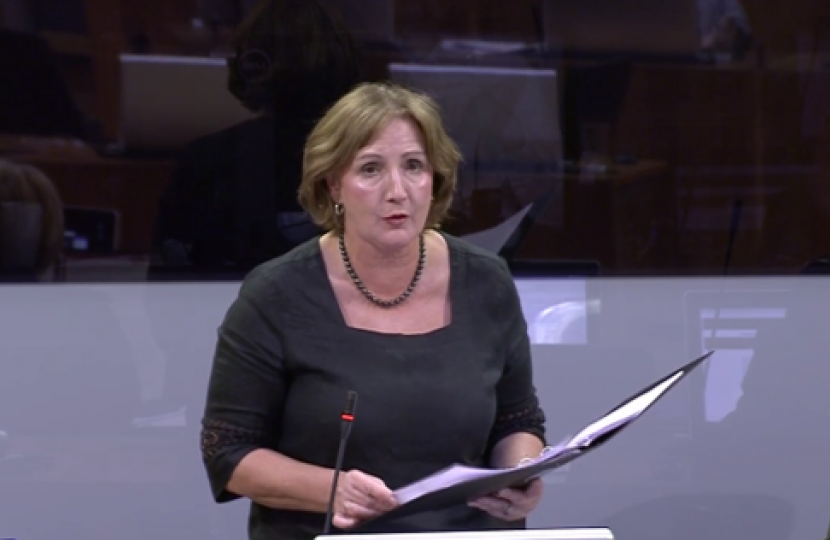 The Act has an admirable aim of achieving seven well-being goals across Wales. These include, of course, a Wales of cohesive communities, meaning that we should have well-connected communities. Key to this, of course, is public transport. However, I have found myself fighting three major campaigns to save our bus services in Aberconwy. So it does seem that north Wales is actually stepping further away from having a cohesive community. The need for the Welsh Government to invest more in public transport has been highlighted by the Future Generations Commissioner for Wales. There are scathing facts in the report that she published last month, including that spend per capita on transport in Wales is lower than England and Scotland. Will you commit to making more money available, so that we reach the aim of the future generations Act, so that we achieve cohesive communities, and therefore, in the same time, we save our local bus networks, which are so badly needed, but very much valued by our local communities?

Well, I have no dispute at all with Janet Finch-Saunders about the importance of our public transport system. I regretted enormously the deregulation of bus services when I was a former councillor, and we we can see the chaos that that has resulted in—no strategic direction, local authorities trying to play their role, particularly ensuring that some of our bus companies, like Cardiff and Newport, for example, have been able to keep their bus services. It is important that every time you engage in a campaign to save a service, you also have to recognise that this is about priorities. Every time a Welsh Conservative says, 'Can you put more money in this?', I would say, 'Well, what are you asking your Government in Westminster after 10 years of austerity?', and, 'From where would you take the money, Janet Finch-Saunders, in order to put more money into our bus services?' Now, I know the well-being of future generations commissioner has done some very useful work in terms of our transport system arrangements, and contributed, particularly, for example, to the WelTAG considerations, as well as planning policy. But it is important that we see that our bus services are part of cohesive communities, in providing access for our communities to work, to leisure, and to combat loneliness.