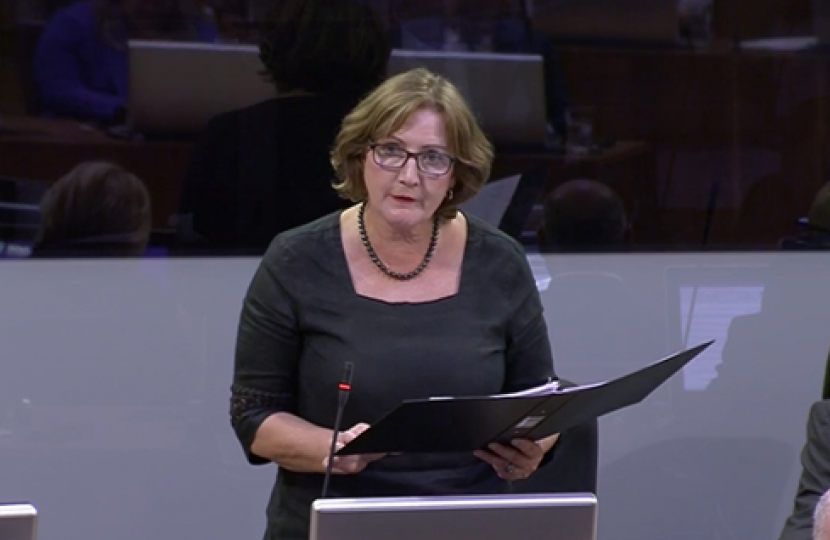 First Minister, 'The Right Way: A Children’s Rights Approach' includes the need to enhance children's capabilities as individuals so they're better able to take advantage of their own rights. This, of course, includes article 3 of the United Nations Convention on the Rights of the Child, which states that the best interest of the child must be a top priority in all decisions and actions that affect children. Now, as Members, we've all received an e-mail from the Cross Keys Silver Band about the law requiring a licence for child performers. Locally, this is impacting on local musical bands who've also contacted me, and I've been approached by a number of parents too, very concerned. Now, your Welsh Government response is to liaise with local authorities to identify whether more can be done to make the process more consistent without jeopardising the safety of the child. This is obviously welcome, but it is true that the actual licence requirements would be, actually, quite a barrier to children joining these bands. So, will you consider the impact of the current licence on children's rights and, in doing so, whether organisations such as a brass band, which enhances the life advantages for our younger persons, whether there could be a more common-sense approach but whilst also keeping our children safe?

I thank Janet for that question and for drawing attention to the children's commissioner's 'The Right Way' document. It does, I think, provide a useful framework to support public services to embed children's rights in the way that they go about their responsibilities. I'm alert to the point that she makes about brass bands. I've already had an opportunity to discuss it with the education Minister. It's a matter of striking the right balance in just the way that the questioner put it. Of course we want to make sure that children are properly protected, that the right provision is in place, that when children are entrusted to the care of any organisation, parents can be confident that those children will be safe and properly looked after. But it does need to be proportionate to the task in hand.

Brass bands play a really important part in so many communities here in Wales, and children who take part in them get a fantastic experience as a result. Nothing that the Welsh Government wants to do is about putting extra barriers in the path of children's participation. It's why we want to make sure we've learnt from local authorities, and we will definitely be keeping a close look on the arrangements to make sure that they do what we want them to do—to help to keep children safe— and don't do what we don't want them to do, which is to be a barrier to children taking part in such a rich part of Wales's heritage.