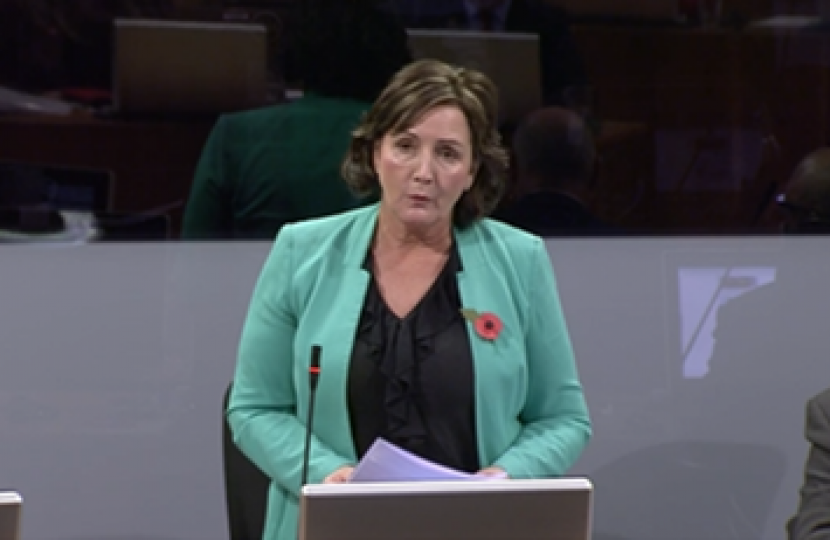 The latest data shows, First Minister, that 335 individuals waited over 56 days from referral to a local primary mental health support services assessment. Now, this is the highest number on record since the start of the fifth Assembly in May 2016. Now, sadly, around a third of the people waiting over 56 days for assessment fall within Betsi Cadwaladr University Health Board, and I can tell you here today that a number of these actually fall within my own constituency. I have, on regular occasions, young people, and, actually, people of all ages, coming to me in absolute desperation because they cannot access any service or support for mental health issues, and some reporting suicidal thoughts.

Now, in a recent freedom of information request, the Welsh Government has spent around £82 million on intervention and improvement support to this particular health board. Now, this doesn't include the £2,000 a day that my colleague Paul Davies mentioned—this is £83 million just on the technicalities and the processes around intervention and improvement. Now, First Minister, I would be the first here to commend you if I thought that there were those real improvements going on in the Betsi Cadwaladr University Health Board, but I'm sorry to have to tell you today: you need to get a grip of this. Your Minister has been asked to resign on numerous occasions, and I can tell you now, as we approach this general election, when you come to north Wales, the people will tell you exactly how you are failing my patients, my constituents, in Aberconwy and the greater people across north Wales. It is an absolute disgrace that you can stand there and defend £2,000 a day on one person's pay. So, with waiting times for assessments that are now deteriorating, despite immense investment. What measures are you taking to scrutinise the actual money that your Minister has allowed to be spent on these improvement interventions? What scrutiny are you undertaking as the First Minister to ensure that you are not literally just pouring this money down the drain? We are not seeing the improvements, and I want you, as First Minister to take some responsibility.

And I must say, Llywydd, it's absolute nonsense for the Member to refer to £83 million being spent on technicalities. The technicalities she is referring to is the money that we have provided to make sure that staff at Betsi Cadwaladr go on being paid and that patients in Betsi Cadwaladr go on being treated. I will defend every penny of the money that we have spent because your constituents, as a result, are getting the treatment that the health service provides. The fact that you criticise—that you criticise—a Welsh Government prepared to find extra money for patients in north Wales shows me just what a distorted view of priorities the Conservative Party in north Wales has.