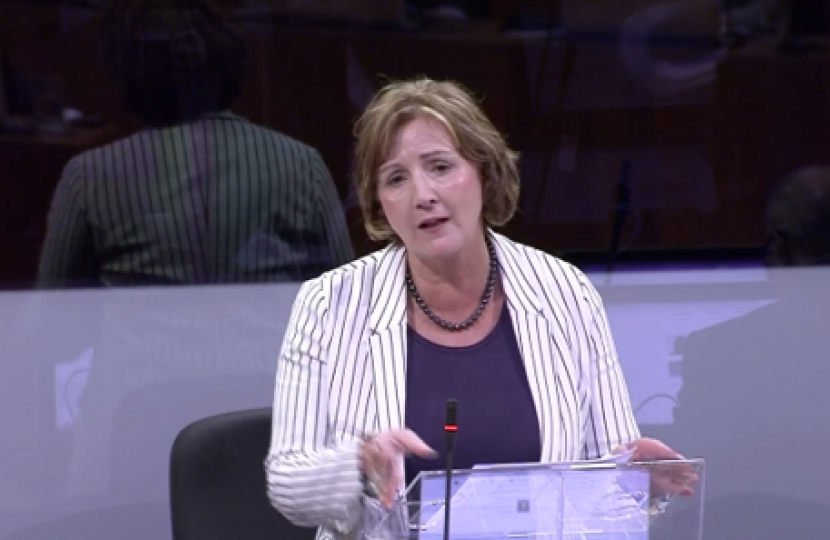 Will the First Minister make a statement on educational funding?

Educational funding remains a key priority for this Government, in spite of continued austerity. Working with our partners, the budget reflects our desire to raise standards for all, reduce the attainment gap and deliver an education system that is a source of national pride and confidence.

Thank you. As a member of the Welsh Government Cabinet, then, you'll be fully aware that it's widely acknowledged that there is a classroom cash shortage and funding crisis in our educational system across Wales. For example, in Conwy the education budget is to be cut by 3.6 per cent as a result of such a poor Welsh Government settlement on funding. Now, this is leading to more serious money saving measures that we're now seeing in Aberconwy, and there's no point shaking your head. A letter has gone out to every parent in Conwy County Borough Council, such is the concern, signed by seven headteachers. We're seeing larger classes, we're seeing staff being made redundant, and we're seeing a reduction in support for additional learning needs and well-being needs. The actual numbers of schools in Wales in deficit: 146 primary and 79 secondary.

Now, we also know, through evidence taken in the CYPE committee, that there's a wide variance across Wales in terms of per-pupil spend, by as much as £1,000. We also know that pupil funding in Wales sees our pupils receiving £607 less in Wales than they do in England. At what point—? What actions are the Welsh Government taking to address this cash crisis for our schools, and what plans do you—[Interruption.] It's all right the Minister for—

Don't get diverted by another Minister seeking to answer on behalf of the Minister. Please ask the question.

llywydd, the Minister appears to be in denial. I hope this Minister responding isn't.

What steps are you taking to address the funding cash crisis that we have in our educational system in Wales, and will there be any consideration of an emergency pot of money that will see schools in Aberconwy be able to continue to function?

I think I'll start by reminding the Member of two things: we're in year nine of austerity from your Government in London. The second thing to remind you of is that no local authority in Wales will face a reduction of more than 0.3 per cent in their core funding for 2019-20. So Conwy council's decision to cut the education budget by 3 per cent is a matter for Conwy council. Welsh Government provides funding to local authorities through the local government revenue settlement and it is up to—[Interruption.] Somebody's shouting, 'It isn't fair'; it's done on a funding formula with local government and Welsh Government. And can I just remind you that the Tories would have cut education funding by 20 per cent?