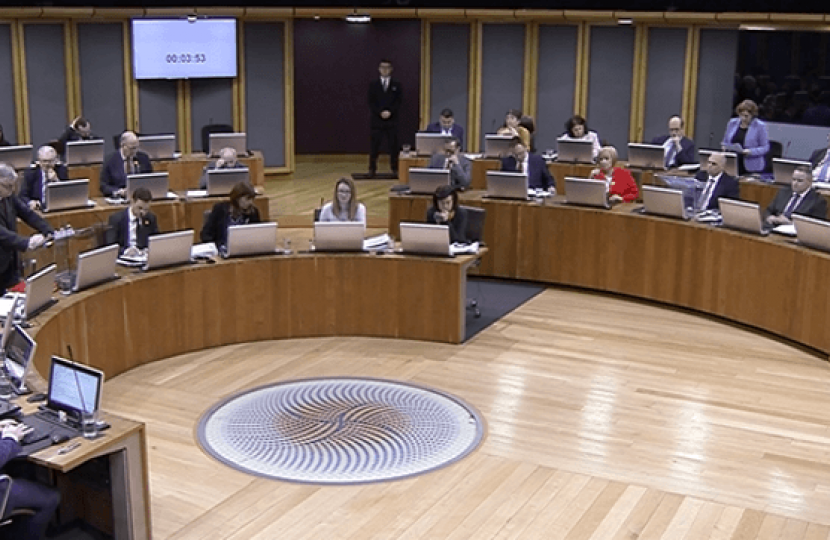 I would like to withdraw from any party political inferences on this very important matter, but I do endorse the calls by Siân Gwenllian for a new consultation, and the reason being that I believe there are a number of people very, very concerned about this. We've got a petition of over 5,000 signatures. I thought this was made on a clinical decision as you rightly point out. However, I'm informed quite reliably that some of the consultants are actually refusing to move. So, that surely is quite a grave issue. As Siân has rightly pointed out, such are the concerns about this issue that Bethan Russell Williams has resigned.

Now, in an open letter, Mark Polin and Gary Doherty have advised that there should be better outcomes for patients in north Wales, but note that currently out-of-hours emergency services are, in fact, provided at Ysbyty Gwynedd or Wrexham Maelor. It makes no sense at all for this decision. So, I would ask if you would consider looking at another consultation. Six years we are now down the line.

Will you reconsider and actually invest in those services at Ysbyty Gwynedd, so that those medical teams can feel confident that they can carry out emergency vascular services for those people who badly need them?

Well, Dirprwy Lywydd, I'm sure the Member wants the best possible services for the residents in her constituency, and that is what this change will deliver. A further delay now would simply unravel everything that has been put in place. And she will know what's been put in place: £2.3 million from the Welsh Government for a vascular hybrid theatre, and, as a result of concentrating that service on one site, the health board has been able to attract six additional consultant vascular surgeons, an additional consultant interventional radiologist, four vascular junior doctors, extra vascular specialist nurses, a dedicated 18-bed vascular ward. All of these would be put at risk if we said to all of those people who have been attracted to this new service, and it will be one of the very best services in the whole of the United Kingdom—. If they thought we were pulling the plug out of it now—those people can go to jobs anywhere they like in the United Kingdom—we would lose them to north Wales. Your constituents would not have the service that's going to be on offer to them.

I am confident, Dirprwy Lywydd, that once the new service is there, once patients see what it offers to them and to their families and others who need a specialist vascular service, patients in north Wales will appreciate it very fast. And, as we know, patients in Wales are very quickly and very powerfully attached to the new service they have, and I'm sure they will be amongst its strongest supporters.