Questions to the Minister for Environment, Energy and Rural Affairs: Lucy's law 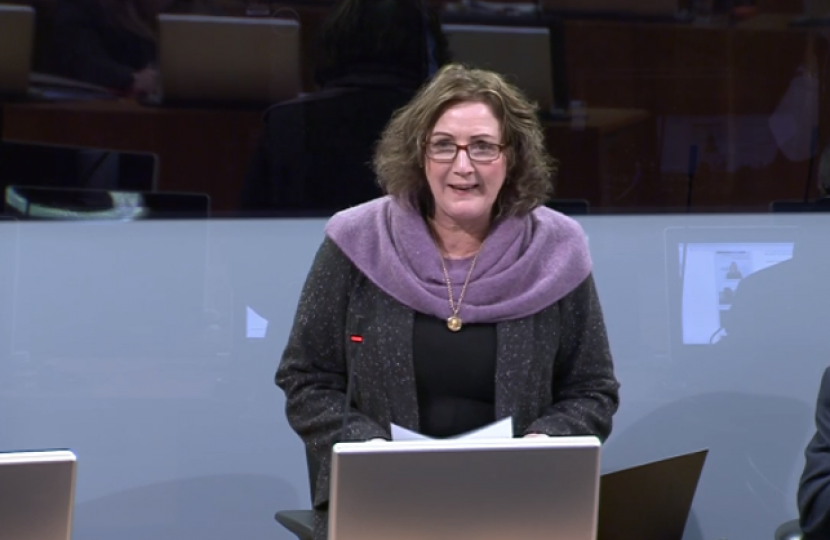 England, of course, is bringing in Lucy's law in April. Southern Ireland is introducing similar regulations next month. Wales, the home of the breeding farm where Lucy was rescued from, has no date for the introduction of the law.

There is significant national interest in this, and the Petitions Committee has a petition signed by 11,195 people calling for the ban of the sale of puppies by pet shops and all commercial third-party dealers in Wales. Last month, the Welsh Government stated that it needed to gain a thorough understanding of the barriers to enforcement within the existing legislation so that you could tackle the problem effectively. What barriers, really, have you identified, and by when are you aiming to overcome them?

I am aware of the petition at committee and it doesn't surprise me that it's had so many signatures—we're absolutely a county of animal lovers. I referred to the meeting that the chief veterinary officer and her officials had with local authorities, so I suppose that was the first area where we saw barriers in relation to the local authorities being able to, perhaps, visit the breeders as much as they would like to. Obviously, local authorities, after a decade of austerity, have had cuts to their budget. Unfortunately, it does appear that officers in animal welfare areas have perhaps been cut back to the very minimal numbers.

So, we're looking at—and I have to say, local authorities are very keen to do this—sharing expertise. So, you have somewhere like Torfaen, for instance, which I think has one licensed breeder, and then you've got areas like Carmarthenshire and Ceredigion that have got multiple numbers—hundreds, I think, in a couple of them.

So, it's about making sure that we have the capacity to cover the whole of Wales, and perhaps working together in a way. I think that's one very important barrier that we saw as to why the current legislation that we have isn't being enforced. So, just changing the legislation I don't think would bring an end to what we all want to see.