Questions to the Minister for Health and Social Services: Questions Without Notice from Party Spokespeople (25/09/2019) 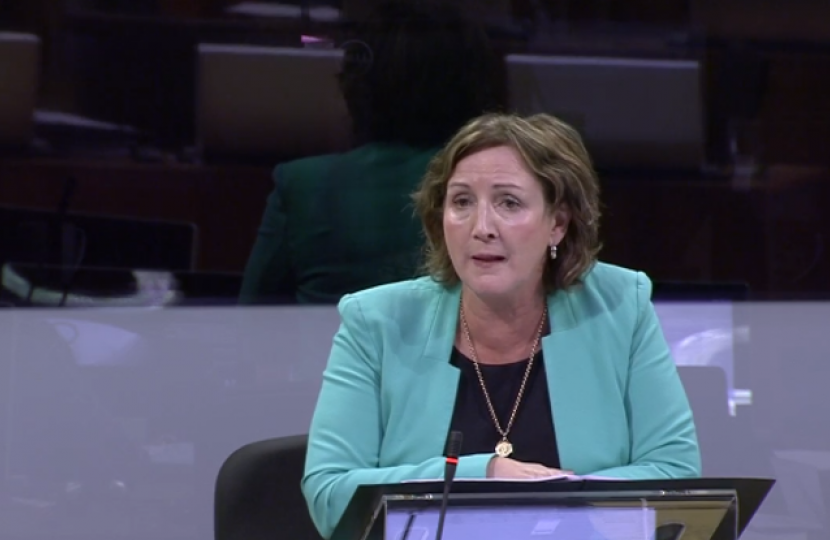 Diolch, Llywydd. Deputy Minister, you'll be aware, of course, that Care Inspectorate Wales have the key role for inspecting and taking action to improve the quality and safety of services for the well-being of the people of Wales. Now, according to the chief inspector's annual report 2018-19, 2,499 inspections were undertaken. That is 456 fewer than the year before. There were fewer services regulated also. Now, this decline in regulatory and inspection activity comes despite staff costs having increased by almost £150,000, and the percentage of that budget representing inspection and regulation activity having increased. So, how do you, Deputy Minister, justify the increase in staffing costs, whilst there has actually been a significant fall in the number of inspections, and what steps will you take to reverse the decline?

Well, obviously, the work that CIW does is absolutely crucial. It looks after the standards that are in our care homes in particular, and it's absolutely important that all the inspections they carry out are done to a sufficient depth, and are done in a very considered way. And I think what they are doing is doing very considered inspections, and I have every confidence in them.

Well, Deputy Minister, thank you for that response, but I have to tell you, here and now, that I do not share your confidence in them currently. According to strategic priority 2, in CIW's strategic plan 2017-20, the organisation is striving to be a great place to work. However, there are serious allegations of bullying and harassment within the organisation, and intense pressure on the inspectors themselves. In fact, I know of an inspector who raised concerns, triggering a so-called investigation. And this is how the senior manager responsible for the investigation responded:

'It has been concluded that, as your grievance focused on the breakdown in relationships between your line manager and senior manager, and as you took the decision to resign from your position as an adult inspector in CIW, that these professional relationships will no longer be present, as you are no longer an employee of CIW and Welsh Government'—

so, you can see the very close-knit comment there, about CIW and Welsh Government—

'therefore, it has been considered that it serves no useful purpose to continue this investigation.'

So, it is alarming that the investigation was abandoned just because the person concerned resigned from CIW. And, technically, being as they themselves—the senior manager—said 'CIW and Welsh Government', technically the buck stops somewhere with Welsh Government. So, I ask you, Deputy Minister, will you commit to undertake an independent investigation into staff treatment, the intense pressures that are burdening them, and also how they actually go about carrying out investigations when somebody has actually been a whistleblower, and brought to their attention concerns about the lack of correct procedure in the carrying out of inspections within a care home establishment?

I can reassure the Member that I have regular meetings with the head of CIW, when we discuss all aspects of CIW's work. Obviously, the job that staff in CIW carry out is a very pressurised job, because they are looking at how our most vulnerable adults are looked after. And they take any evidence of any poor care that they see very, very seriously. And I can assure the Member that, in situations where they've had to intervene—I absolutely accept that they are very stressful situations—they take the job extremely seriously, whistleblowing is taken very seriously, and I can assure you that there is a good relationship between the Welsh Government and CIW, but that they do act independently.

Thank you, again, Deputy Minister, but we also know too that there have been some documented articles on the Y Byd ar Bedwar programme about their concerns—CIW—and about their ability to actually carry out robust inspections that do protect our most vulnerable in those situations.

Now, finally, I have reason to believe, from a reliable source, that these internal difficulties are negatively impacting on social care service users too. For example, it has been alleged to me that even though concerns about providers appear on a radar within the organisation, and despite inspectors allegedly flagging this up to managers, some situations can allegedly go ignored for weeks. In fact, one concern raised about a particular establishment—it took six months for the organisation to take any action whatsoever—six months—where it was felt that vulnerable people were potentially put at risk.

Deputy Minister, the fact that such serious concerns about a regulatory body, designed to protect the most vulnerable, have been raised with me, brought to my door, in the way it has been, as an elected Member of this establishment, I would ask that you take these—[Interruption.] Well, it is a Parliament, you're right. So, as an elected Member of this Parliament, I am asking you, Deputy Minister: please, will you consider a review into the fundamental workings of CIW? Will you look to the issues I've raised about allegations of staff bullying, intense pressures? But, more importantly, will you look at CIW, with a view, independently, to look whether it is actually doing what it's intended to do—to protect our most vulnerable? Thank you.

I would ask the Member, if she has got any very serious concerns about any way that any vulnerable people are being treated, that she should write to me about those individual situations. And it's not possible to respond to 'a reliable source'—it's not possible to respond to those sorts of incidents. And if you have serious concerns, please would you write to me?