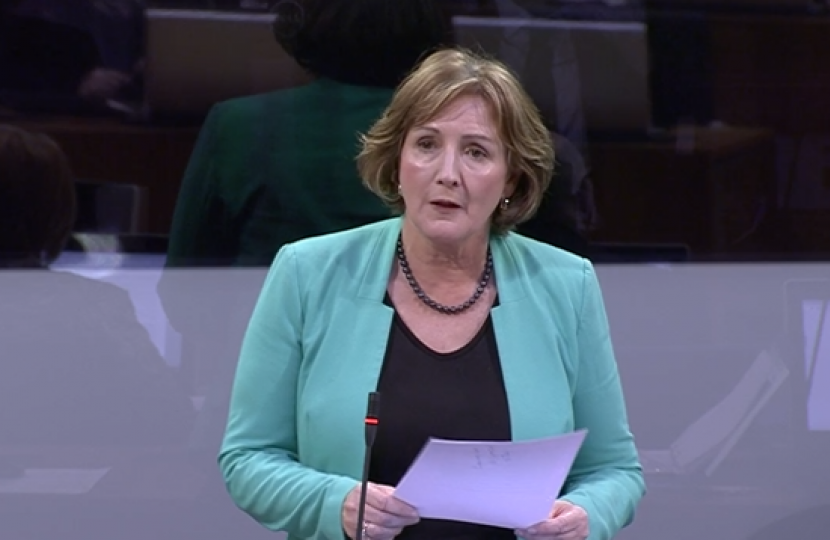 A really good question, and it is essential that accepting and promoting diversity is at the heart of local government in Wales. However, there is a major deterrent to this, and I do believe that our First Minister in his post as local government Cabinet Secretary tried addressing it: the fact that people who work for local authorities cannot stand to become county councillors. So, we have constituents who are teachers, school cooks, swimming instructors—there are many, many roles now within a local authority that preclude them from actually standing for our local authority. And to do so would mean them resigning from their work, you know— [Interruption.]

Thank you. Now, in 2017, Mark Drakeford AM consulted on electoral reform in local government, and section 6 asked if any council staff below senior level should be able to stand for election to their own authority, and 61 per cent of respondents agreed that they should. So, given that the previous local government Minister Mark Drakeford actually set the ball rolling on this and, from my conversations with him, he was actually quite in favour, what discussions have been held recently on bringing forward some kind of positive legislation so that people from all walks of life, including local authorities and the various roles they hold, are not prevented from standing for local authorities?

Hannah Blythyn AM, Deputy Minister for Housing and Local Government:

I thank the Member for her question. I think you raise a very valid point about the contribution that people who work or have worked for the local authority have to make to local democracy in local government. The Member will be aware that we will be bringing forward the local government and elections (Wales) Bill later this year, and we hope in that to take action to address the anomaly that people who work in local government, in the roles that you list, aren't able to put themselves forward to serve their communities.