Questions to the Minister for Housing and Local Government: Welsh Independence 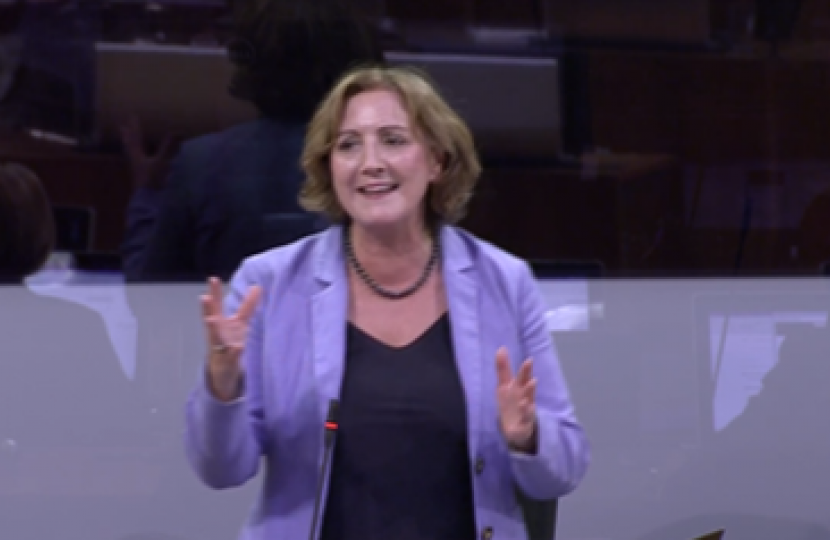 How will the Minister respond to the emergence of declarations in favour of Welsh independence by some councils in Wales?

Julie James AM, Minister for Housing and Local Government:

The Welsh Government’s position on the question of independence is very clear: we believe Wales is best served by being part of the United Kingdom. But the union has to change to successfully meet the unprecedented challenges it faces. Local democracy will continue to play a vital role in this.

Thank you, Minister. Eleven community and town councils have now passed motions supporting an independent Wales. So, that is 11 out of well over 700 individual bodies. Now, the chair of Nefyn town council has been quoted as saying that he hopes the town council's decision will cause a tsunami of excitement and confidence throughout the nation. He's right about one thing: independence would be a destructive tsunami for Wales. For example, this Parliament and your Welsh Government—[Interruption.]

The Minister cannot hear the question that is about to be asked.

—and your Welsh Government benefits greatly from Wales being an integral part of our United Kingdom. Whilst I appreciate that independence has only won support of around 1.5 per cent of all town and community councils in Wales, I believe that a strong—[Interruption.]—response is needed from your Government. Will you, therefore, confirm that the Welsh Government will not use these votes as an excuse to reassess Wales and its place within the union?

Minister for Houisng and Local Government:

Well, Llywydd, town councils are local democracy in action, and if they want to make declarations about a number of things that are outwith their powers, I'm not in any position to say one way or the other whether they should do so. The Welsh Government has always been very clear that we think that Wales's best interests are best protected as part of a well-functioning union. We've consistently been at the forefront of efforts to try and reform those aspects that don't work for Wales's interests. We were the first Government to set out a vision for the future of inter-governmental relations and the constitution in 'Brexit and devolution', and as part of the review of inter-governmental relations, we took the lead on the development of new principles for relations between our Governments, which have now been published. If town councils feel differently, that's entirely a matter for their local democracies.