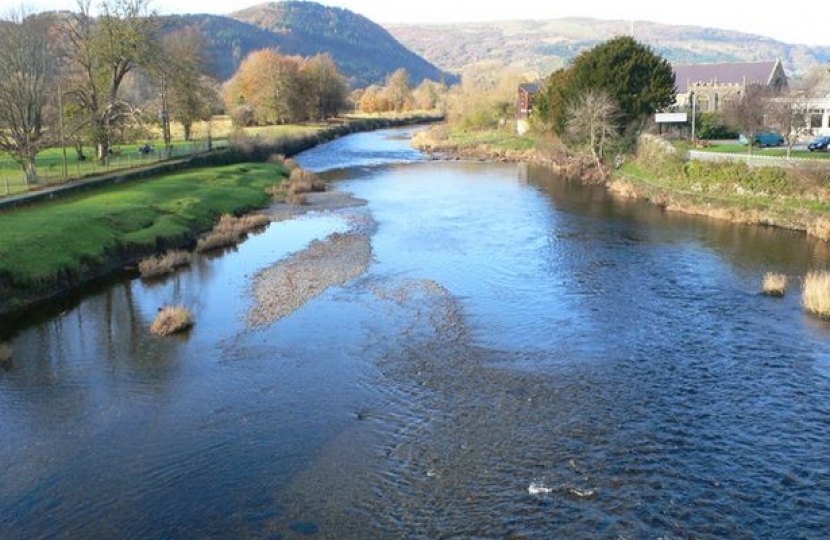 There are thousands of recorded incidents of sewage spilling into rivers, which people fear could seriously damage wildlife

Untreated sewage has been leaking into rivers, leading to fears of a detrimental effect on the river’s wildlife.

Stuart Llewellyn, 48, spotted the sewage pouring into the River Conwy in Llanrwst and worries not enough is being done to stop the recurring problem.

He said he had been told that “Welsh Water said the leak is entirely raw sewage caused by a triple pump failure at the works. It’s not the first time it’s happened.”

Mr Llewellyn, who is chairman of Llanrwst Anglers Club and is passionate about river conservation, shared video footage showing raw sewage flowing into the river.

He said: “Unless we catch this kind of thing there is no way to put pressure on the people allowing it to happen.”

A Welsh Water spokesperson said: “We were made aware of a pump failure on 27 April at our wastewater treatment works near Glasdir. It happened after pumps on the system stopped working which was caused by blockages in the pumping station.

“Blockages which can cause our pumps to stop like this are often caused by the wrong things being put down the toilet such as wet wipes, cotton buds and nappies.”

In addition to pump failures like this one, combined sewer overflow discharges appear to be a regular occurrence in Wales.

Welsh Water data shows that in 2017 there were 30,000 incidents of overflowing sewage across Wales. When overflows are used, raw, untreated sewage empties into rivers and seas.

The data shows the overflow in Llanrwst was used 110 times in one year, despite being designed for use in exceptional circumstances only.

Just last week 120,000 gallons of slurry polluted the River Teifi after an accidental spill at a Pembrokeshire farm, which NRW is now investigating.

The frequency of sewage leaks has caused Welsh Water and NRW to come under fire.

Janet Finch-Saunders, Conservative AM for Aberconwy said:  “This is not the first time that serious concerns have been raised by me about water pollution in Llanrwst.

“Whilst the source and cause of this latest incident has not yet been confirmed to me, urgent correspondence has been sent to Welsh Water and NRW asking for the situation to be investigated and how it can be avoided in future.”

In a letter to Lesley Griffiths, Minister for Environment, Energy, and Rural Affairs, Mrs Finch-Saunders expressed concern about the impact leaks containing human excrement could have on the environment and public health.

She said: “It is alarming that sewage seems to be flowing into the river during clement weather as usually this would only happen when combined sewers are overwhelmed with rain water.

“I intend to ask for a review of the sewage system in Llanrwst as I have reason to believe that it might actually no longer be suitable for the community it serves.”

According to Mr Llewellyn, NRW says it cannot put a system in place to deal with pump failures because they are “unforeseen” incidents.

He said: “Wet wipes cause these kinds of things but people are still going to flush them and the system needs to be able to deal with it.

“We all pay water bills and that money should be put towards building a better system.”

George Barron, 72, lives in Talybont and is former chairman of the Welsh Salmon and Trout Association. He says river pollution is a huge threat to river quality and fish stocks.

He said: “Welsh rivers are this country’s crown jewels and NRW has a duty to look after them, which they have not done.

“They are not telling the public that a clean river is not necessarily a healthy river. If it doesn’t sustain insects and wildlife, it’s dead.

“I would like to see [NRW] getting more involved with angling clubs and the countryside in general. They are not doing much habitat regeneration at all.”

Welsh Water said it is “very aware of the impact our work has on our surroundings and takes environmental performance very seriously”.