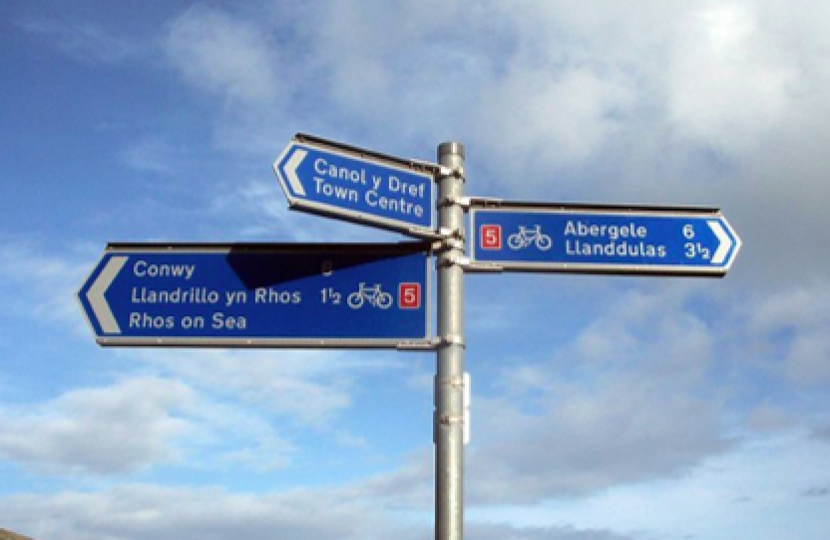 Regeneration cash needs to stop going to Colwyn Bay and funding spread to other communities says an Assembly Member.

Aberconwy AM Janet Finch-Saunders says she is “disappointed” that the seaside town is the focus of town centre regeneration in Conwy county.

She believes more money needs to be spent on towns in her constituency - which includes Llandudno and Llanrwst.

When she raised the issue of town centre regeneration funding at the Senedd she was told Conwy council was focusing its spending on Colwyn Bay.

In response a Colwyn Bay councillor says they have worked “like hell” to secure these funds for the town and followed years of zero investment in the community.

Mrs Finch-Saunders said: “I welcome the fact that money is being made available to help regenerate town centres as this can help in bringing vacant commercial, residential and retail space back into use.

“I am however very disappointed that the money being targeted at regeneration in Conwy County is focused on Colwyn Bay.

“Clearly, communities in Aberconwy are missing out, which is highly unfair when considering the increasingly difficult time highstreets across the constituency, from Llanrwst to Llanfairfechan are experiencing.

“Going forward, I think the time has come for all levels of government to look at investing more in communities in Aberconwy rather than keep on spending in Colwyn Bay”.

Colwyn Bay cllr Chris Hughes hit back at the comments.

He said: “Colwyn Bay went for years without getting a penny in investment.

“We fought like hell to secure regeneration status for Colwyn Bay. It was secured because parts of the town were in the bottom 10 per cent in Wales for deprivation.

“For so long Colwyn Bay never received anything and Llandudno was getting all the investment. It is also not the case that other parts of Conwy have not continued to receive investment.

“With Brexit looming the AM needs to focus on securing replacement funds from the UK Government for the EU money we are losing, otherwise no one will be getting investment in the future.”

Mrs Finch-Saunders raised the issue at the Senedd - asking Julie James AM, Minister for Housing and Local Government, to establish a town centre property investment fund for communities in Aberconwy.

The minister responded: “Current regeneration investment in North Wales has been agreed and allocated across the region with Conwy concentrating their investment funding on Colwyn Bay.

“They are also in receipt of Town Centre Loan Funding which can be used by up to three towns across the county to bring empty and under-utilised buildings back into use.

“Conwy currently are only operating in one.”

A Conwy council spokeswoman said: “Colwyn Bay town centre has been the focus for regeneration projects.

"Glyn Ward in Colwyn Bay is amongst the most deprived areas in Wales, as were parts of Rhiw Ward when we started. Conwy County Borough Council and its partners, with the support of Welsh Government have been able to make significant progress in regenerating and revitalising Colwyn Bay in recent years via SRA, VVP and now TRI funding.”