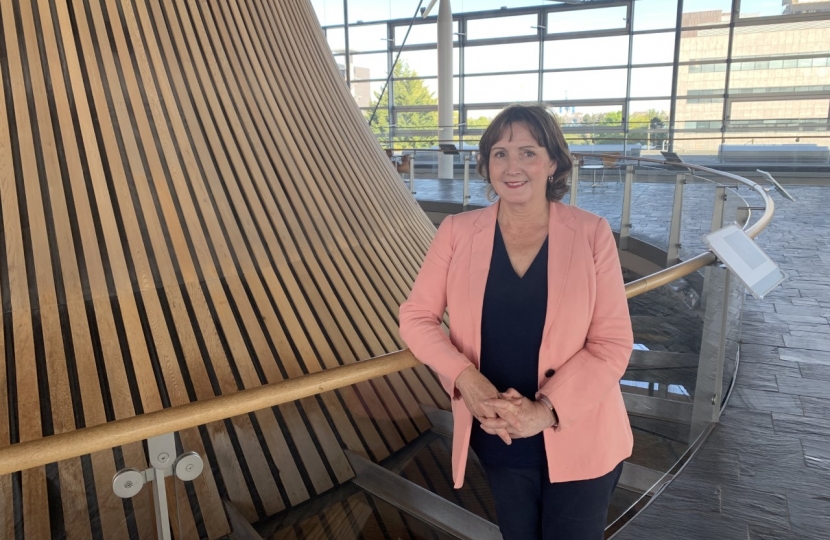 As part of her campaign warning of the environmental dangers of disposable BBQs, having written to 13 retailers calling for a review of stock decisions to bring an end to their purchase, the Member of the Welsh Parliament for Aberconwy – Janet Finch-Saunders MS – has welcomed confirmation that Aldi have “no further plans to sell disposable BBQs again this year and are currently reviewing their plans for next year.” The supermarket also confirmed that they will take onboard the Member’s concerns around the environment and public health.

Mrs Finch-Saunders has also received confirmation from the Coop Group that they have withdrawn instant barbecues from sale in stores situated in or within a one-mile radius of all UK National Parks. In their letter they state:

“Millions of instant barbecues are sold every year and are safely used and enjoyed by the vast majority of people. However, many National Parks and some landowners have introduced a ban on their usage. We took this decision to help consumers, who will often purchase the instant barbecues on the way to visit National Parks, to support the local bans.

“Having written to a range of retailers to ask that they take a civic-minded, ecologically friendly leadership position by committing to discontinuing the sale of disposable BBQs during next year’s summer season, I am delighted to have received replies which appear to fully understand the concerns of my constituents and appreciate the reasons behind the call.

“I am delighted that Aldi has no further plans to sell disposable BBQs again this year and are currently reviewing their plans for next year. Whilst the Coop’s proactive approach to ending their sale within a radius around National Parks is certainly welcome, I do worry that this fails to recognise the nature of tourism travel and the fact that these modern menaces can be bought elsewhere.

“Our National Parks are not the only landscape at risk from this product, as they may be used in unsuitable locations such as under trees or near long grass, bushes or fences which may easily catch fire. They’ve set alight a number of bins in Llandudno and constituents have rightly raised concerns that they have been left under sand to scar feet.

“The responsibility for confronting this concern lies with both consumers and retailers, in unison. We as consumers can always do more to review our purchasing habits and the impact on the environment. But retailers also have a role to play and can help influence habits - which is why I would like to see them point towards small, portable reusable BBQs.

“I fully recognise that, for a full ban on their sale to be effective, an industry-wide approach across the whole of the UK would be necessary. This is why I have started this discussion with our retailers so that our stores can begin to make a collective decision that is in the best interests of our environment and public safety.”