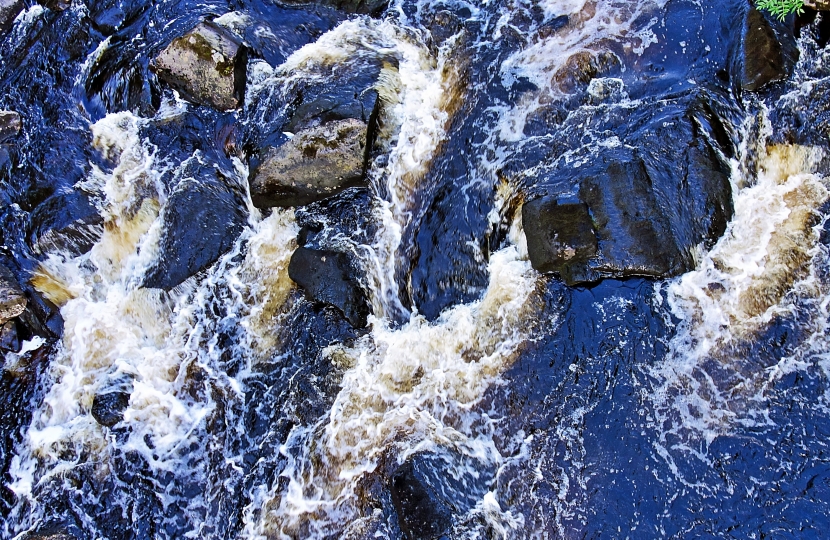 The Welsh Conservatives’ Shadow Minister for Climate Change, Energy and Rural Affairs – Janet Finch-Saunders MS – has today (14 October) urged the Welsh Government to consider imposing a temporary moratorium on new intensive poultry units around the river Wye, whilst a new plan of action can be considered.

Commenting after her questions to the Welsh Minister, Janet said:

“Whilst I welcome the fact that Natural Resources Wales is carrying out a detailed review of data to better understand the causes of increased algal blooms in the Wye, this work only came after 77,000 people signed a petition to demand a moratorium on any new intensive poultry units in the area.

“According to the Wye & Usk Foundation, NRW stated in a public meeting last week that they expect their review to show that the Upper Wye has been exceeding its permitted phosphate levels for at least the last four years.

“Knowing this, I was very disappointed with the Welsh Minister’s nonchalant response to my questions in the Welsh Parliament’s Plenary session today.

“So, I ask again, what urgent steps will the Welsh Government take to tackle the level of phosphates in the river Wye, and will those measures include a temporary moratorium?

“I am most concerned about the impact of these pollution events on local relationships with our farmers. After all, our nation’s poultry producers are highly monitored and routinely inspected.

"I urge the Welsh Government to invest in the relevant infrastructure improvements to allow these producers to continue with their essential work and to undertake actions on tackling issues like warm water temperatures and sewage treatment works too.”

Photo by Andrew Buchanan on Unsplash