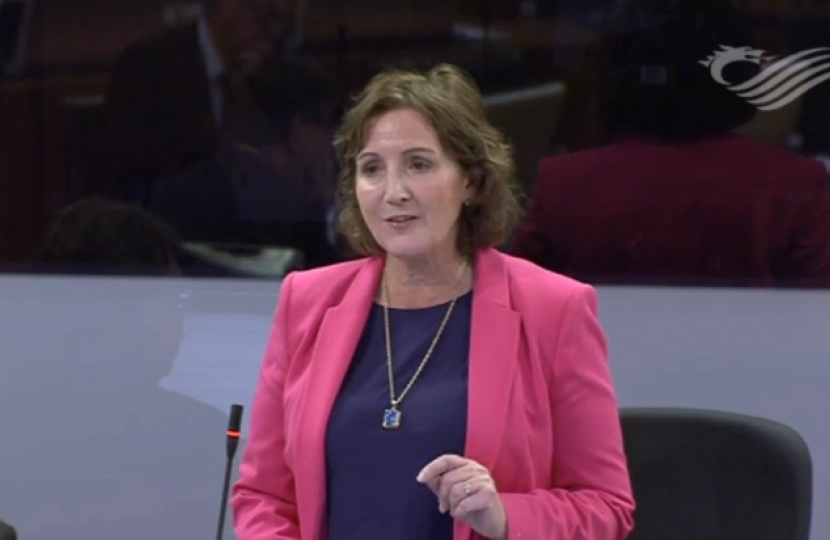 The introduction of a Public Services’ Ombudsman (Wales) Bill has been welcomed by the Shadow Cabinet Secretary for Local Government, Janet Finch-Saunders AM.

The Bill has been introduced by the Finance Committee of the National Assembly for Wales, rather than the Welsh Labour Government – as the Welsh Government is a public body subject to scrutiny by the Ombudsman.

“The Ombudsman undertakes invaluable work for so many people who have been personally at loss as a result sub-standard public services – often he is the last point of call for people who have tried all other avenues and find themselves at their wit’s end.

“One of the key changes to the powers of the Ombudsman that this Bill proposes is the ability to his own initiate investigations, a power that brings Wales in line with the rest of the UK. Indeed, only five members of the Council of Europe have Ombudsmen without this power. [See notes.]

“The power to accept complaints orally, as well as to investigate matters relating to private health services, will also open up the Ombudsman’s services to many more people. Openness and transparency is essential, and I look forward to scrutinising this Bill in Committee in due course.”

One of the new powers will be for him to investigate complaints against private healthcare providers – and one of the pieces of evidence heard by the Finance Committee with regards to this during the last Assembly makes this a particularly important point:

The five members of the Council of Europe are: Belgium, Luxembourg, Azerbaijan, Kyrgyzstan and Liechtenstein.

Further details of the Bill are available here: http://www.senedd.assembly.wales/mgIssueHistoryHome.aspx?IId=20012