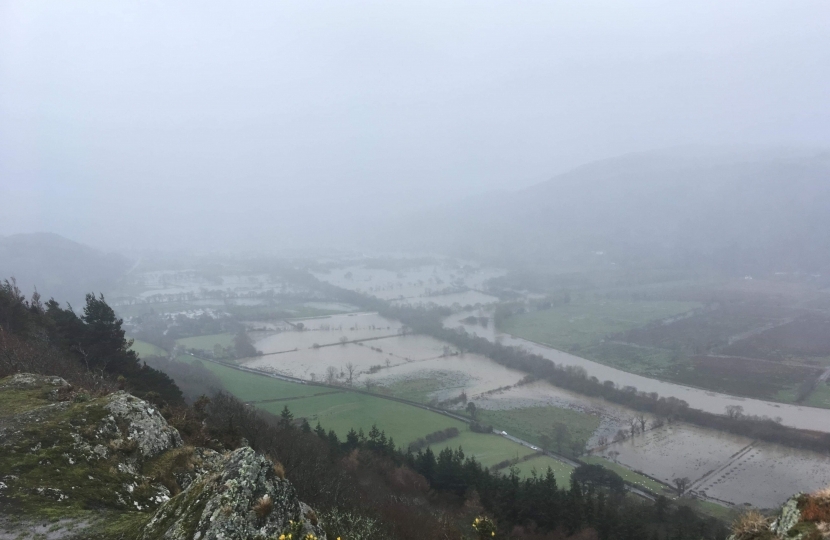 Following the publication of the Summary of climate risks and opportunities for Wales, Janet Finch-Saunders MS, Shadow Minister for Climate Change, has pushed forward her campaign to see the Welsh Government agree to facilitating independent inquiries into significant flooding events.

She reiterated her calls during scrutiny of the statement made by Lee Waters MS, Deputy Minister for Climate Change, in the Senedd this week, who failed to answer the Member’s questions.

The new report highlights in section H3 on People, communities and building, that:

Commenting on the flooding crisis in Wales, Janet said:

“This latest report is further evidence that the Welsh Government is failing to do enough to work with communities to tackle flooding.

“The situation is getting worse yet our communities are not being listened to. Since 2019 I have been calling for an independent inquiry into flooding in the Conwy Valley, and more recently a similar request has been made by the community in Rhondda Cynon Taf.

“The Welsh Government have poured cold water on the campaigns, but this latest report clearly states that risks are not being managed effectively.

“How many reports and flooding disasters is it going to take until the Welsh Government listens and provides the action that is needed?

“In the face of huge concern as to what the Winter may have in store for Wales, I am now working to try and see a duty created for the Welsh Government to facilitate independent inquiries into significant flooding events; to establish a national flood agency to co-ordinate flood risk management and the response to flooding events; to set up a permanent fund so that finance is immediately available to get through the initial clean-up stage of any flood event; and to impose statutory time limits on the publication of flood investigation reports”.