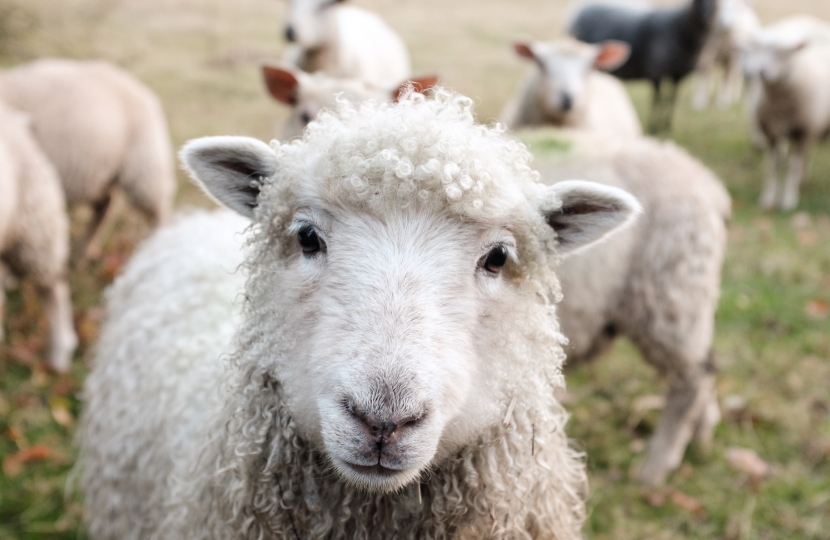 The Welsh Conservatives’ Shadow Minister for Climate Change, Energy and Rural Affairs – Janet Finch-Saunders MS – has today (10 September) backed calls from several prominent Welsh farmers for the UK fashion industry to use more of the nation’s wool in their products.

Her intervention comes as the Member has sent a letter to HRH Prince of Wales, as the Patron of the Campaign for Wool, to request a meeting with an official of the organisation to discuss how to better promote this natural and sustainable Welsh fibre to manufacturers. The fashion industry was worth £32 billion to the UK economy in 2017. This was an increase of 5.4% on 2016, with a growth rate 1.6% higher than the rest of the economy.

Commenting on this intervention, Janet said:

“This has been an incredibly difficult year for Welsh sheep farmers, and I have sadly heard that several producers have taken the difficult decision to burn the fibre as the price of wool clip has collapsed as a result of COVID-19.

“This is why I am joining calls for major fashion designers, retailers and manufacturers to support the Welsh wool industry by using more of this natural and breathable fibre in their products.

“I have now written to HRH Prince of Wales, as Patron of the Campaign for Wool, to request a meeting with an official from this influential organisation so that we may discuss how Welsh wool can be further promoted as a fashionable fibre, both in Britain and overseas.

“The Campaign for Wool has been instrumental in educating consumers about the versatility of this material. With their support, Welsh wool can play an instrumental role in the growing sustainable fashion industry at a global level.”