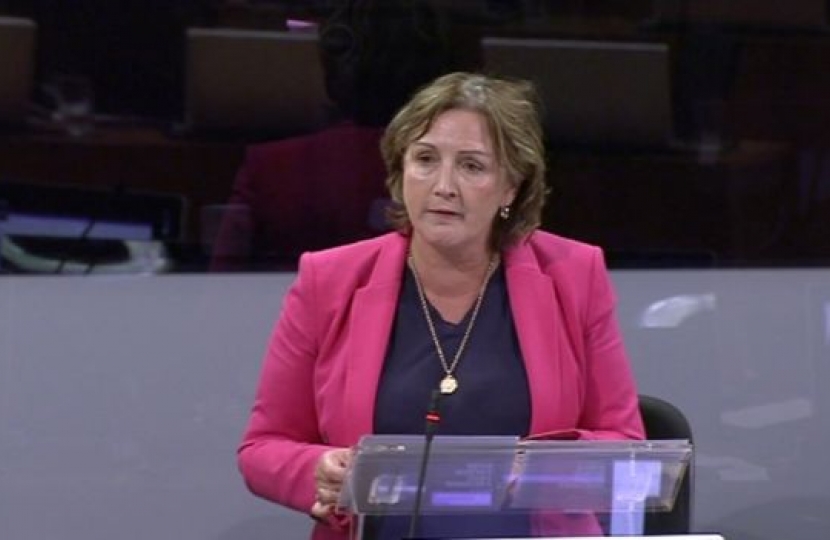 Plans to ban the smacking of children in Wales moved a step closer on Tuesday night.

A majority of AMs voted to back the principle of ending "reasonable punishment" as a defence for assaulting children - with 35 for, and 15 against.

Tory and Brexit Party members warned loving parents could be criminalised by the legislation.

But deputy health minister Julie Morgan said there was nothing more important than protecting vulnerable children.

The Cardiff North AM, who had rebelled against the Labour whip in 2015 in an attempt to bring a smacking ban into law, is now responsible for its passage through the assembly.

"I can never accept that it is ever acceptable for a big person to hit a little person," she told AMs during the debate.

"I think this is a landmark bit of legislation and I will be very proud if this Welsh parliament passes it."

Scotland's MSP's also backed a ban on smacking in principle earlier this year.

The vote means the Welsh Government's Children (Abolition of Defence of Reasonable Punishment) (Wales) Bill passed the first of four stages through the assembly.

If passed, the law would mean a parent or guardian would not be allowed to use the defence of reasonable punishment if accused of assault or battery against a child.

Janet Finch Saunders, Conservative AM for Aberconwy, said the bill would "unreasonably criminalise good parents" and would intervene "inappropriately and excessively in family life".

She called it a "nanny state" approach and said the UK government had found the defence was little used.

But the law was dubbed "minor" by Sian Gwenllian, Plaid Cymru AM for Arfon. "Children should have the same defence against violence as adults," she said.

She said it would affect "only a small number of people".

The Welsh Conservatives had a free vote and the law was supported by David Melding, who said he wished the law had happened 20 years earlier.

The Tory AM for South Wales Central said it is his understanding that the offence would not attract a heavy handed criminal investigation or sanction.

The Brexit Party's Mandy Jones, who experienced abuse as a child and young adult, asked what Ms Morgan meant by a smack.

"There is a massive spectrum between a tap on the hand and a punch in the face - and I should know that," the North Wales AM said.

She feared that "distracting police officers and social workers with these cases will mean that children who are in the same awful situation I was years ago might actually slip through the net".

Ms Morgan closed the debate saying that evidence from other countries that had made the change had not resulted in a "great increase in prosecutions" and "parents are not drawn into the criminal justice system".

Darren Millar, Conservative AM for Clwyd West, said there were examples of such laws separating families, "prosecuting loving parents" with them ending with criminal convictions and "chucked out of their jobs".