Start date demanded for work on Llanfairfechan and Penmaenmawr A55 junctions 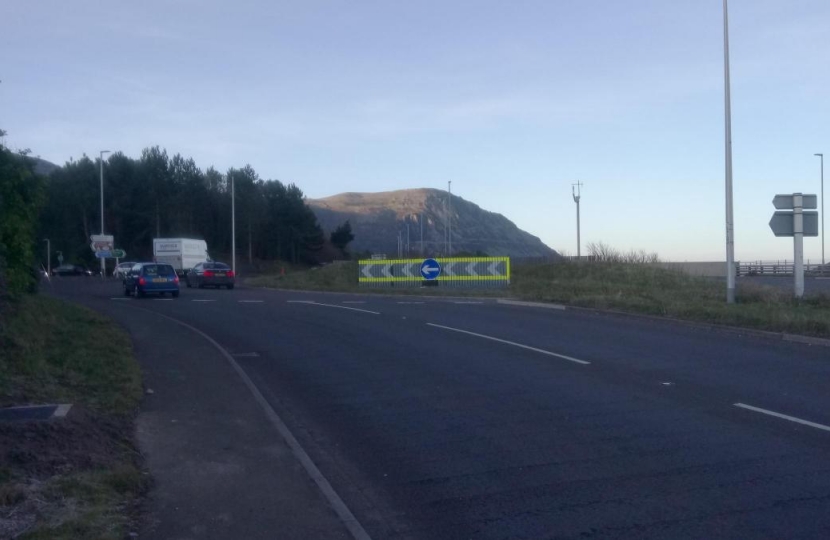 A CHALLENGE has been issued to the Welsh Government to name the date when work will start on the A55 roundabouts at Penmaenmawr and Llanfairfechan.

Businesses are delaying investment decisions which will have an impact upon jobs, according to AM Janet Finch-Saunders.

She said: “I challenge the Welsh Government to name the date when work will start. I know some businesses are delaying investment decisions until the outcome is known, and this affects jobs.

“Residents have been kept in the dark for far too long and they have a right to know how the decision will impact upon their lives.

I highlighted the fact a decision by Ken Skates, Welsh minister for economy and transport, was expected last autumn. He has now responded to my question advising that a decision has not been made. More so, he has given no time frame as to when this is to be expected.

“The only clue I have been given as to when residents should know more is that the environmental statement and draft orders are programmed to be published in autumn 2019.

“Clearly, we could be facing a year’s delay on a decision about preferred options.

“When considering that some of the proposals could damage a businesses and actually result in the demolition of homes, this dithering is damaging and actually quite distressing. Indeed, constituents should know where they stand by now”.

A public consultation was held between June and August last year which gave residents the chance to express their opinions on nine different options for removing the A55 roundabouts in Penmaenmawr and Llanfairfechan at junctions 15 and 16.

A document produced for the consultations said the purpose of the project was to remove the two roundabouts at junctions 15 and 16 and replace them with upgraded junctions, meaning traffic will no longer need to slow down down at the roundabouts, reducing delays, and making it safer to traffic wishing to enter and leave the A55 in these locations.

The project will also address a number of substandard features of the trunk road in the vicinity of the junctions.