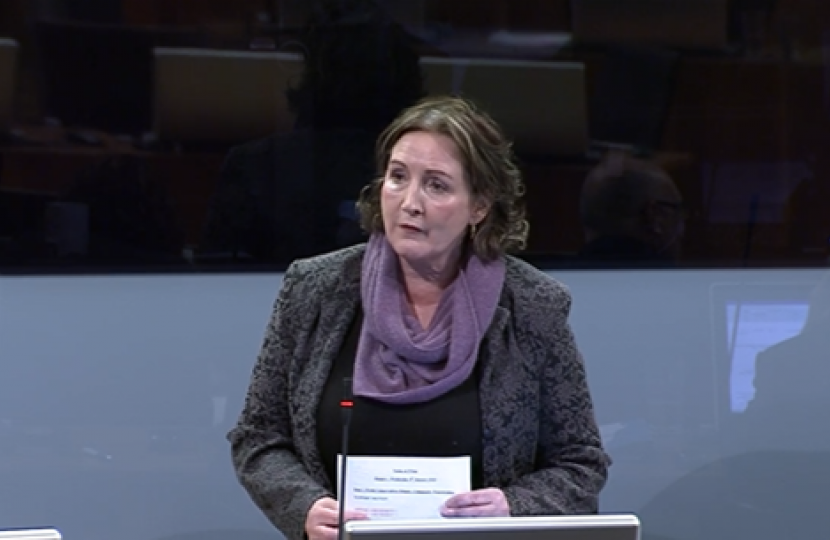 Thank you, Llywydd. I'm a little baffled—I stand, actually, in a personal capacity now, when I make the comments I do, and I just feel this has given me the opportunity, with you introducing this, Dawn. Certainly, as a Member who travels from north Wales, at great expense, actually, to the taxpayer—four, four and a half hours on the train, there and back—when I'm here, obviously, I want to fulfil the time in the best possible way.

What I have got concerns about are two things in your statement today. First off, we did have a referendum in 2011, the alternative vote referendum—was it two thousand and—? [Interruption.] No, no, but it was still a referendum: the people spoke, the people decided on the voting system they wanted, and for me as an Aberconwy Member, with health and education and the concerns they have there, it doesn't figure highly on their Richter scale as to what we should be doing here.

But you mentioned greater scrutiny. Now, another disappointment I have, when we've travelled down here, is First Minister's questions used to be an hour, then that was soon shortened to 45 minutes. I feel, personally, that we could be doing more in the time that we are here—the numbers we're given. Quite often, I am asked in my constituency, where people have gone to Senedd.tv, 'Why are the benches always empty or very few people on those benches?' I go to committees where people are only on one committee, and they don't attend committee on a regular basis. I genuinely believe, and I would like to ask—my overriding question is: what or who in this institution would perhaps look at how we could perhaps make greater use of the time that we as Assembly Members are here, and not always keep looking to how we can increase the cost to the taxpayer?

Members, Wales has the highest number of politicians, as I understand it, from a study I did, across Europe. So, I think, really, before we start saying, 'More, more, more—more cost to the taxpayer', we should look—[Interruption.] I'm asking—

And I'm asking that question: what considerations have you given to making this Assembly make better use of the Assembly Members who actually attend here? Thank you.