Statement on a Landfill Tax for Wales 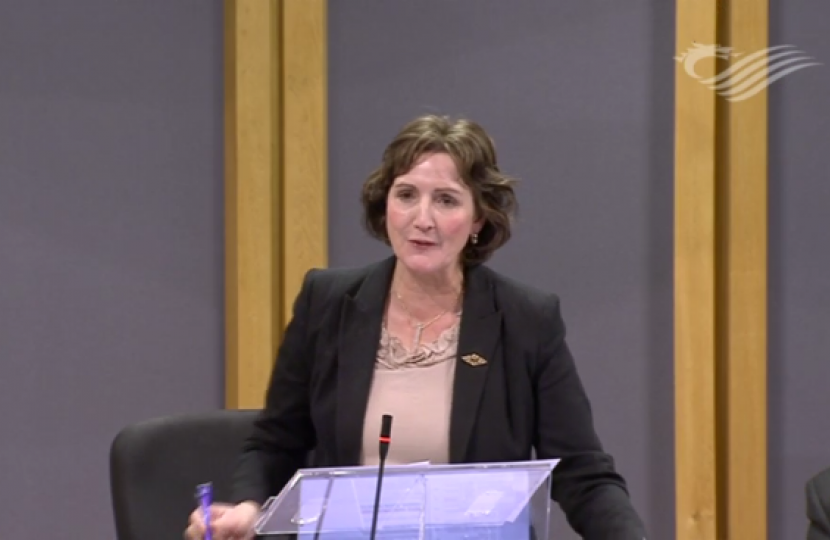 Thank you, Minister, I welcome your statement but, I have to say, a mention of a new tax to Wales on disposals of waste to landfill could certainly set some alarm bells ringing in my constituency, given the direct correlation between their weekly or, what are now in some areas, monthly bin collections and the levels of council tax in Wales under a Welsh Labour Government. Of course, you will be aware that, in Conwy, there is the first pilot scheme of four-weekly bin collections across a large number of properties. The impact that this is having on our residents is really bad and many are feeling now that they cannot cope. Last week, ‘Week in, Week Out: Keeping a Lid On It’ highlighted the many problems associated with this. Yet, when some household bins were checked before collection, a large percentage of their rubbish could, in fact, actually be recycled. Now, despite, as has been mentioned, the high recycling targets set by Welsh Government, and despite local authorities providing expensive recycling facilities and receptacles, there is still this huge mismatch between domestic waste and other items that, ultimately, end up in landfill sites.

I do have a couple of questions related to your statement.

Firstly, I’d like to ask about enforcement. We know that prosecution rates for fly-tipping are notoriously low in Wales. There was just a 0.3 per cent successful prosecution rate across the country. The Cabinet Secretary mentioned urban areas when it comes to fly-tipping, but I can tell you, in Aberconwy, there are many picturesque, rural tourism sites that are very, very badly impacted by this. So, my question is: can you explain how this tax, particularly in regard to Part 4, unauthorised sites, will actually be enforced? How will you use this Bill to actually make it very difficult, if you like, for people to be able to blight our countryside? Because, if you’ve got a Bill coming through, you’ve got to be able to use this lever and tools within that to actually bring some improvement.

Secondly, you note that some of the revenue raised will go towards environmental and community projects in areas affected by waste disposal and landfill, and I have to say I really welcome this part of it, because you’ll be aware of the Wales recycling environmental network, and I have to say that scheme has been fantastic. My own constituency has benefited from that, and so, really, this is putting back into the community and it’s actually, hopefully, going to impact on those who decide to break the law and will help communities, in the main. Thank you.

I thank the Member for what she said at the end of her contribution in relation to community projects, and the work of WRAP. I look forward to being able to share with all Members of the National Assembly the paper that I will produce on the community fund, and I completely appreciate that almost all Members here will have had some experience of it in their own constituencies and I’m very keen to learn from that experience to make sure that we design that scheme in the most effective way possible.

On the points that the Member made about enforcement, I tried my best earlier on to distinguish between the sorts of activities that she described, which I absolutely recognise from my own experience cause huge nuisance and distress to people who are affected by them, and the large-scale, organised illegal activity that this Bill is designed to tackle. There will be an overlap between the activities that my colleague, Lesley Griffiths, has responsibility for through local authorities and this Bill, but that is not the primary focus of the Bill in front of the National Assembly this afternoon.