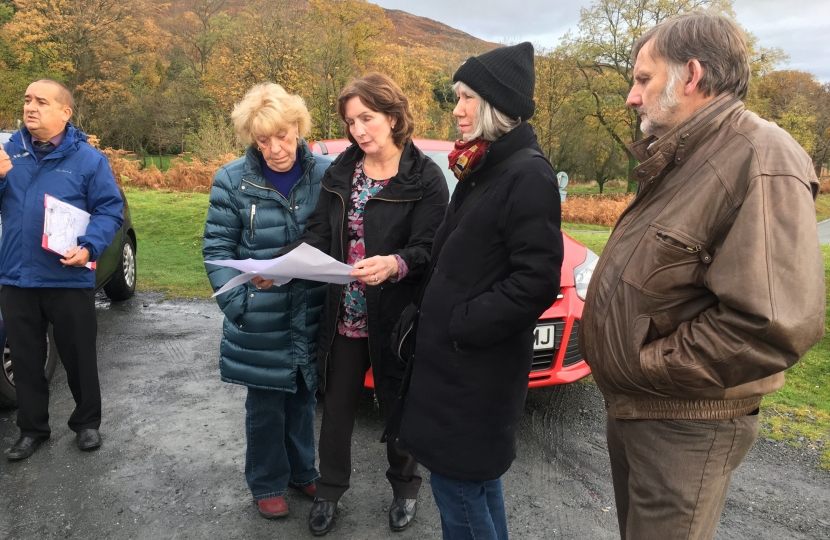 Digby, a much loved horse was sadly killed after being hit by a car on the Sychnant Pass in September.

Following the accident it became clear in a public meeting held at Conwy Guild Hall on 10/10/16 that all were in favour of reducing the speed limit from 60mph.

The site meeting was held so to take a step closer to implementing changes to ensure that another fatality is avoided on the Sychnant Pass.

Speaking after the meeting Janet Finch-Saunders commented that:

‘There are around 50 horses using the roads in the surrounding area every day, and up to 200 residing between the pass and Tal-y-Cafn; not including the wild ones! Evidently, measures must be taken to ensure riders’ safety when on roads, especially the Sychant pass.  Indeed, the fact that this is a designated horse route should not be overlooked’

‘I welcome Mr Roberts’ willingness to consider implementing a 30mph speed limit, and am pleased that the Council will be looking to introduce speed prevention measures such as rumble strips, and improved signage so that motorists are aware that they could encounter animals, walkers, and cyclists on the pass. Importantly, its openness means that livestock could be on the road at any time’.

‘Obviously, it cannot be questioned that the pass is full of hazards.  Therefore, for the safety of all, I am calling for the speed limit to be reduced from 60 to 30mph on the Pass’